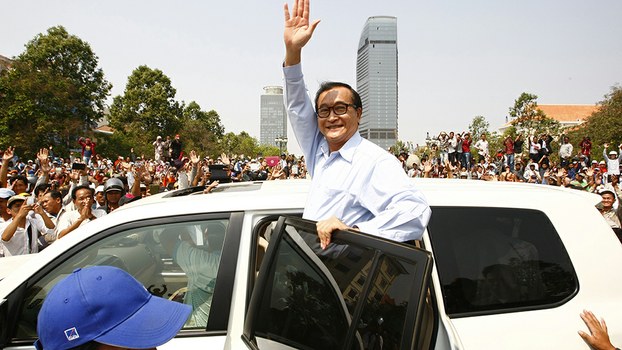 A court in Cambodia on Wednesday convicted self-exiled opposition leader Sam Rainsy in absentia of planning to cede national land to a foreign entity and sentenced him to life in prison, a punishment that is mostly symbolic since the government has blocked his return home several times.

The Phnom Penh Municipal Court also banned him from taking part in politics for allegedly agreeing in 2013 to hand over territory to a hilltribe minority if he came to power, his lawyer, Yong Phanith, told The Associated Press.

The case began in 2018, when a Facebook page critical of Sam Rainsy posted a video of a 2013 meeting he had in the United States with Kok Ksor, a leader of the ethnic Jarai hilltribe who headed the Montagnard Foundation, a U.S.-based organization representing the interests of hilltribe minorities who live in central Vietnam and northeastern Cambodia. Kok Ksor died in 2019.