Prime Minister Hun Sen on Monday said that opposition officials who were banned from politics ahead of last year’s election have one month to seek a royal pardon.

Some 118 former Cambodia National Rescue Party officials were banned from political activities for five years in a Supreme Court ruling in November 2017 and the party dissolved over allegations of conspiring with a foreign power to overthrow Hun Sen. The CNRP denies all of the allegations.

Speaking at the opening of a Japan-funded flood defense system this week, Hun Sen said that “the door will be closed” to the former CNRP officials to accept his offer to resume political life in exchange for an admission of guilt and an apology by the end of Khmer New Year. 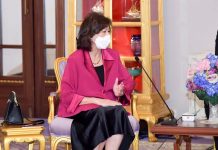 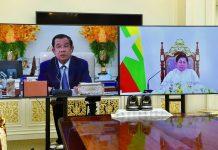 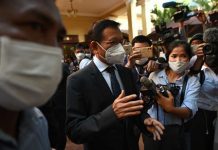