‘We Lost the Heart of the Family’

Men Leakhena gave birth to her fifth child in a Phnom Penh clinic on June 28.

Her husband—marking his second month in prison—was not there to witness the arrival of the new addition to their family. 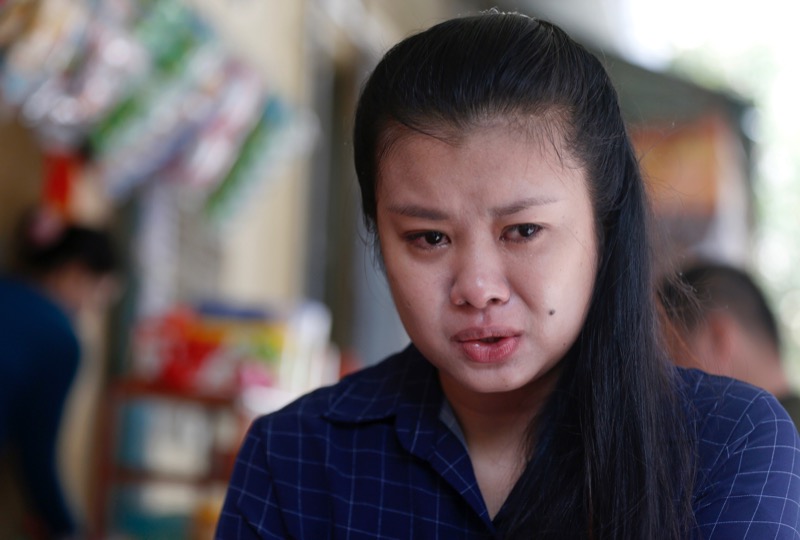 “I was brokenhearted,” Ms. Leakhena said on Tuesday. “The doctor operated to get the baby out. I had no strength left.”

She called her newborn son Ny Tiroath, a name that takes on a new meaning when the two components are combined to become “rule of law.”

Ten months on, little Tiroath is a happy, healthy baby. His father, however, remains in jail, with little prospect of returning home anytime soon.

Ny Sokha, head of rights group Adhoc’s human rights section, is one of a group of current and former rights workers swept up in a case that critics claim is emblematic of the dysfunction in Cambodia’s justice system.

For the families of the jailed current and former rights workers—who have become known collectively as the Adhoc 5—there has been nothing normal about the past year. They can’t sleep, can’t concentrate—can’t stop thinking about the cascading series of injustices that they say arrived unexpectedly on their doorstep a year ago.

“Every time I visit him in prison, I pretend to be happy,” Ms. Leakhena said, poised at the edge of the doorway of her small, cluttered house in Phnom Penh’s Meanchey district. “I pretend to smile, so he won’t worry about me.” 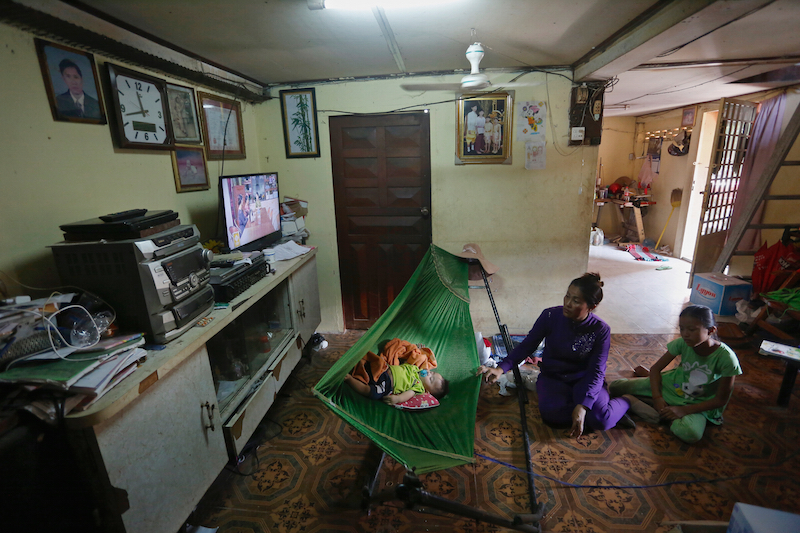 The life Ny Chakrya left behind last year lies tucked away in the leafy backroads of Chbar Ampov district in a modern, two-story house fronted by a garden with hanging plants. The trappings of a prosperous Cambodian family are all here: two SUVs out front, a dining table for six overlooking a lush backyard, a collection of framed family photos, including a 2015 shot in front of Angkor Wat.

The photo was the last taken of the whole family, before the troubles began, Yem Chantha said from a wide leather couch in the living room, after greeting visitors with jokes, grins and bottles of water.

Ms. Chantha met Mr. Chakrya as a scholarship student in Berlin in the early 1990s, where she studied German literature and he studied law.

By 1995 they were married, and five years later they had the first of their three children before returning to Cambodia.

“I know my husband’s heart,” she said. “He wants to help the people.”

That began to change in May 2015, when Mr. Chakrya held two news conferences in which he accused an investigating judge and a provincial prosecutor of illegally imprisoning two farmers caught up in a Siem Reap province land dispute with an agricultural company. It earned him a defamation charge, and later, a six-month prison sentence that is now before the Appeal Court.

A few months later, her husband was jailed as an accomplice in the bribery case. Ms. Chantha was floored. Authorities said her husband had spoken to his brother Ny Sokha, about the alleged bribes, but Ms. Chantha said they had just discussed family plans.

Ms. Chantha dabbed her eyes with a tissue.

“My family has only a few members,” she said. “So when I lost my husband, we lost the heart of the family.”

Un Bunnary is one of the few who can understand how Ms. Chantha and the others feel.

Her mother, 58-year-old Lim Mony, began working for Adhoc in 1994, rising to become senior investigator for women and children’s rights.

On weekends and holidays, Ms. Mony, a single mother, used to take her sprawling family—her daughter, her disabled son, his wife and their two kids—to the family farm in Kandal province.

Ms. Mony would turn off her phone to savor a break from her work with victims of abuse, domestic violence and trafficking.

When Ms. Mony, a Khmer Rouge survivor whose parents were killed during the regime, was whisked to jail in April a year ago, Ms. Bunnary thought she’d be back that evening. She knew, she said, that her mother was innocent.

When the reality of the situation sunk in—that Ms. Mony was imprisoned for the foreseeable future—Ms. Bunnary had trouble grappling with the shock.

“I never had that feeling before,” she said, sitting in a red plastic chair outside the family’s sundry shop in an alleyway not far from the Royal Palace.

It hit her hard. An international relations student at Phnom Penh’s Pannasastra University, Ms. Bunnary’s graduation plans have been pushed back. She said she often finds herself losing her bearings.

Police cars and motorbikes circle her dreams, if she sleeps at all. She said she can’t concentrate on her studies. She is afraid to pick up her phone.

“I’m not like I was before,” she said. “I cry alone. Or sometimes I don’t eat anything—just stay alone.”

The families share a conviction that their loved ones are innocent, but they have largely accepted the helplessness of the situation.

A glimmer of hope rose and swiftly fell in December, when King Norodom Sihamoni granted Kem Sokha a pardon and the CNRP and CPP seemed on the brink of a political compromise that would set the rights workers free.

But that moment passed without a breakthrough. A petition family members submitted to the king and Mr. Hun Sen in January seems to have gone nowhere. Repeated bail requests were also rejected.

Thursday’s announcement that the rights workers would be held another six months came as no surprise to Pheav Mey, wife of Adhoc’s deputy head of monitoring Nay Vanda, 42, who slammed the detentions as “unjust.”

“It’s a serious violation of his rights,” she said. “Our family’s happiness was destroyed.”

Ms. Leakhena said her lack of faith in the courts and government had extended to her children, with her 24-year-old son putting aside his ambitions to become a lawyer in favor of an office job with a microfinance institution.

“He doesn’t think Cambodia uses rule of law,” she said.

For Mr. Chakrya’s 19-year-old daughter, Ny Chantharoat, now an economics student at Phnom Penh International University, the case has had an opposite effect, with her career plans now set on reforming the system from the inside as a judge.

“The court is the place to reduce corruption, to give justice to the people,” she said. “To make a change, it starts with the courts.”

Her mother continues to have hope. “Kem Ley won’t be back,” said Ms. Chantha, speaking of the slain political analyst. “But my husband one day will return home.”

In another home in the city, Ms. Leakhena sometimes lets herself fantasize about how much less stressful raising five children would be with her husband. Maybe her children could return to school. Maybe she would stop waking up at 2 a.m., wide-eyed and alone, reaching out in the dark for a husband who is not there.

Her husband’s jailing “changed my life, like falling from the sky to the earth,” she said, sitting on a stool outside her home, wearing a purple jumpsuit and makeup that ran slightly when she cried.

Ms. Leakhena said she has a weak heart, which has made her vulnerable to fainting spells. She feels it is dangerous to dwell too long on the despair of raising her children alone.

As for her husband, Ny Sokha, he will have to squeeze bonding with his baby into hourlong prison visits.

“When they meet, he holds the baby to his chest,” Ms. Leakhena said. “He doesn’t want him to leave.”