A crackdown on independent NGOs, media and political parties that began almost two years ago has reached an inflection point that threatens to push Cambodia into a new era of repression, observers said on Wednesday.

The clampdown that began with the passage of the controversial Law on Associations and NGOs (Lango) in July 2015 intensified after the June commune elections, a year out from what is shaping up to be a tight national election race.

Though the government denies political motives in its moves, embassies, rights groups, and political analysts warned on Wednesday that the state was moving swiftly to immobilize any perceived threats ahead of the July election. Many saw the government’s hasty pursuit of an alleged $6.3 million tax bill from The Cambodia Daily and its sudden expulsion of the National Democratic Institute (NDI), a U.S.-funded democracy NGO, announced on Wednesday, as part of a broader move to muzzle, frighten and harass critics.

“Is #Cambodia Committed to Democracy?” the U.S. Embassy asked on Wednesday on its Facebook page, in reaction to the NDI expulsion. “You Decide!”

Political analyst Meas Nee said that citizens and the government’s definition of democracy were on a collision course, with Cambodians hoping for freedoms and rights the state found dangerous.

“We can see the ruling party has no more hope that they will be able to win a landslide victory,” he said on Wednesday. The government worried that “if they give too much rights to the people, it might be hard to control. It might be dangerous.”

Things were much calmer in July 2015, as Prime Minister Hun Sen and then-CNRP president Sam Rainsy enjoyed a short-lived political detente and exchanged food and selfies. Meanwhile, the National Assembly passed Lango over objections from critics who warned it could muzzle civil society.

The short-lived “Culture of Dialogue” between Mr. Hun Sen and Mr. Rainsy was all but dead three months later, when lawmakers Nhay Chamroeun and Kong Saphea were badly beaten outside the National Assembly by members of Mr. Hun Sen’s bodyguard unit.

The next 18 months saw Mr. Rainsy scattered to exile and his then-deputy, Kem Sokha, tucked into hiding by court cases widely seen as politically motivated, with five current and former rights workers from Adhoc implicated and imprisoned in Mr. Sokha’s case.

Political analyst Kem Ley’s assassination last year brought tensions to a boiling point, with tens if not hundreds of thousands turning up for his funeral procession.

Though Mr. Sokha was pardoned in December and the so-called Adhoc 5 were released on bail in June, civil society organizations say their employees have been watched, surveilled, and threatened, with the leaders of some organizations fleeing into exile out of fear for their lives.

Meanwhile, CPP lawmakers whisked through two batches of legislation this year ordered by the prime minister to sideline Mr. Rainsy from politics. And after June’s commune elections that saw broad opposition encroachments on old CPP turf, the prime minister lashed out an ad hoc election monitoring group, the Situation Room, ordering an investigation that eventually deemed the consortium illegal.

Tax department investigations this month have centered on organizations that have butted heads with the government in the past, including media outlets like Radio Free Asia, Voice of America, and the Daily—which it threatened with a September 4 closure—and rights groups like Licadho, Adhoc, and the Committee for Free Elections (Comfrel), though the department denies motives aside from generating revenue.

The moves signal Cambodia’s creep from competitive authoritarianism, which borrowed some democratic institutions and processes, to a more full-blown hegemonic authoritarianism that “naturally requires more media suppression,” according to Lee Morgenbesser, author of “Beyond the Facade: Elections Under Authoritarianism in Southeast Asia.”

“Since decisions over major policy in Cambodia begin and end with Hun Sen, he is using the tax system to further silence his opponents,” he wrote in an email. “Having just suppressed the CNRP, it is clear that key civil society actors and the last remnants of the independent press are next.”

The atmosphere has affected the work of Sotheara Yoeurng, Comfrel’s law and monitoring officer.

“The space of freedom of expression is in a critical situation,” he wrote in a message. “This is the work and life of rights advocates. It’s always happened everywhere where liberty and rights have been curtailed and deprived.”

Mr. Nee said the CPP seemed to be moving against its opponents in stages.

While the first wave centered on rights organizations like Adhoc, Licadho and Comfrel, Mr. Nee said, the crackdown was now hitting NDI and the Daily, and would later target RFA and VOA, before turning on people like him.

“The last thing they target before the 2018 elections are the political analyst,” he warned.

“Cambodian authorities are apparently not content with only targeting rights activists, but are now turning their crosshairs on civil society organizations and independent media,” he wrote in an email. “With a crucial election approaching, a free press in Cambodia and independent observers will be more important than ever.”

“The bottom line is PM Hun Sen has decided enough is enough, and he thinks he shouldn’t have to tolerate the kind of criticism of right abuses, crony misdeeds and corrupt governance that independent media reporting finds every day in Cambodia,” he wrote in an email. “The Cambodia Daily is the proverbial canary in the coal mine.” 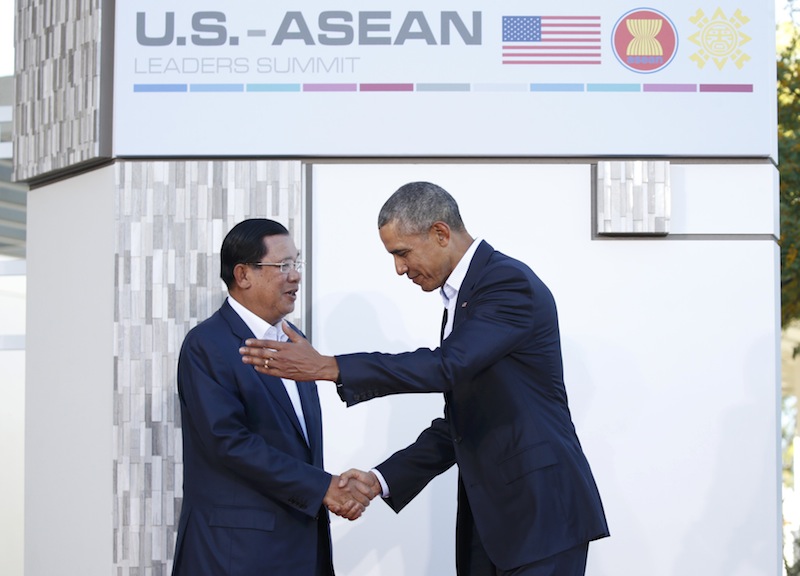