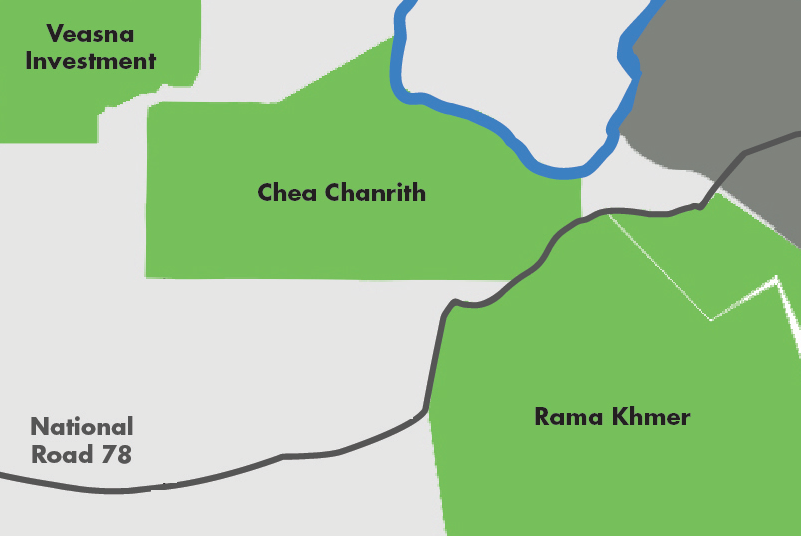 National Assembly President Heng Samrin has refused to forward to Prime Minister Hun Sen a letter from an opposition lawmaker asking that a group of rubber plantations owned by Vietnamese Ar­my commanders be canceled because they violate the Constitution.

The January 25 letter from CNRP lawmaker Um Sam An follows a Cam­bodia Daily report in Dec­ember revealing that the Vietnamese military had gradually assumed ownership of four rubber plan­tations inside Ratanakkiri prov­ince along Cambodia’s border with Vietnam totaling nearly 40,000 hectares.

On Tuesday, Assembly spokes­man and administration chief Leng Peng Long confirmed receipt of the letter and said it would not be making it into the prime minister’s hands.

“Samdech [Mr. Samrin] did not send this letter to Samdech Prime Min­ister because he believes that this letter is the propaganda of an individual and is without merit,” he said.

In his letter, posted to his Facebook page, Mr. Sam An claims the economic land concessions (ELCs) violate the Constitution because they amount to Vietnamese Army bases—despite there being no evidence of military activity on the land.

“Please, Samdech, check and con­fiscate the economic land concessions from the Vietnamese military soldiers who occupy them and who have established military bases on the ELCs in Ratanakkiri province,” the letter says.

Also on his Facebook page, Mr. Sam An accuses Mr. Samrin of violating both the Constitution and the Assembly’s internal rules by refusing to forward the letter to Mr. Hun Sen.

“Samdech Heng Samrin has used his rights, powers and position in the name of the National Assembly beyond their limits,” he wrote.

Mr. Peng Long said the Assembly president had the authority to decide what letters reach Mr. Hun Sen, who, he argued, had already pro­vided a thorough public accounting of Cambodia’s long-stand­ing border disputes with Vietnam.

“Samdech President [Mr. Samrin] did not violate the Constitution as accused because Samdech has discretion when sending documents to the government,” he said. “And Samdech Prime Minister has already explained this, so if he sends the letter it would be useless.”

Mr. Peng Long added that the ELCs in question must be legal because the prime minister approved them. “The actions of the government in providing the economic land con­cessions are not wrong because Samdech Prime Minister does every­thing based on the law,” he said.

Mr. Sam An, who is in self-imposed exile, could not be reached for comment Tuesday. The opposition lawmaker has been among the most outspoken critics of the government’s ongoing demarcation of the Cambodia-Vietnam border and has decided to remain abroad for fear of arrest following public accusations of incitement.

“It’s not correct,” he said. “All letters, no matter what, should be sent to the government, on any issue…and let the government respond.”

The opposition has accused Mr. Samrin of unjustly blocking its letters to government officials several times before.

As for the ELCs in Ratanakkiri, Mr. Chanrith said it was not the CNRP’s official position that the four plantations constituted foreign military bases in breach of the Con­stitution and that the sites needed to be investigated further.