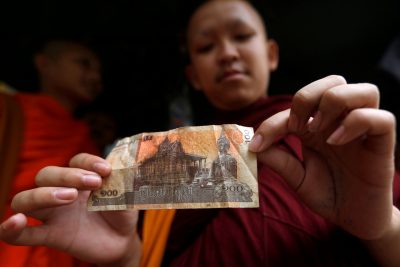 Economic growth in Cambodia remained robust in 2018 at a projected rate of 6.9 per cent, compared with 6.8 per cent in 2017. But it is unlikely that Cambodia’s model of export-driven economic growth will bolster Cambodia’s economic prosperity in the future.

Unquestionably, Cambodia’s recent transition to single-party authoritarianism affects the country’s economic prospects in myriads of ways. The garment sector, which produces 70 per cent of the country’s exports, is under pressure. Major markets in Europe and the United States passed parliamentary resolutions in 2018 that paved the way for economic sanctions against Cambodia. Most Western donors have also withdrawn their support for the increasingly authoritarian regime and it is expected that the country will lose its access to the European Union’s Everything But Arms preferential trade agreement.

Previous articleCambodia Ruler’s Recipe for Youth Appeal? An 8900-Pound Rice Cake
Next articleInvestors that missed the boat in China over the last decade hope to catch the next wave of property investment in Cambodia