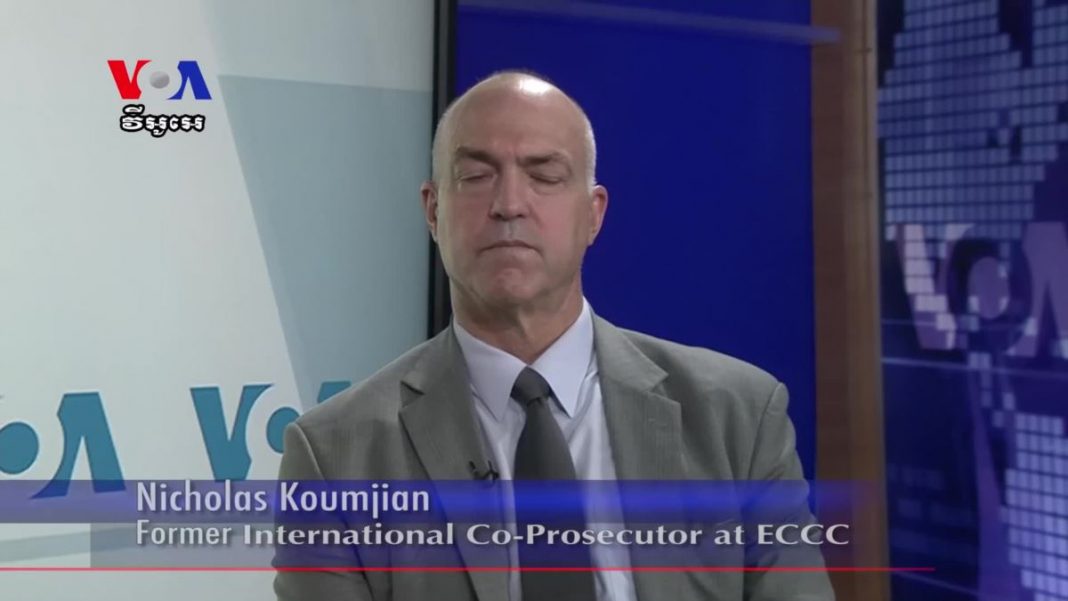 The United Nations and Cambodia’s courts established the Extraordinary Chambers of the Courts in Cambodia (ECCC) in 2003, more than four decades after Vietnam occupied Cambodia and quashed the brutal Khmer Rouge regime. International authorities tasked the ECCC with bringing to justice the Khmer Rouge leaders most responsible for crimes committed from 1975 to 1979, crimes that resulted in the deaths of 1.7 million people. Now, after 16 years, the big question is: Has the hybrid court co-funded by the U.N. been worth the more than 300 million dollars spent? Beyond achieving some measure of justice for the victims of Khmer Rouge, what are the tribunal’s legacy and lessons for Cambodia and the international community? To answer these questions, VOA’s Vathana Seourn interviewed Nicholas Koumjian, who served as an international co-prosecutor with the ECCC from 2013 to 2019. The interview took place in early August in Washington, D.C.

US Report Points to ‘Extreme’ Violence by Myanmar Security Forces in...

Cambodia’s Rithy Panh Discusses the Ethical Quandaries of ‘Irradiated’ at the...