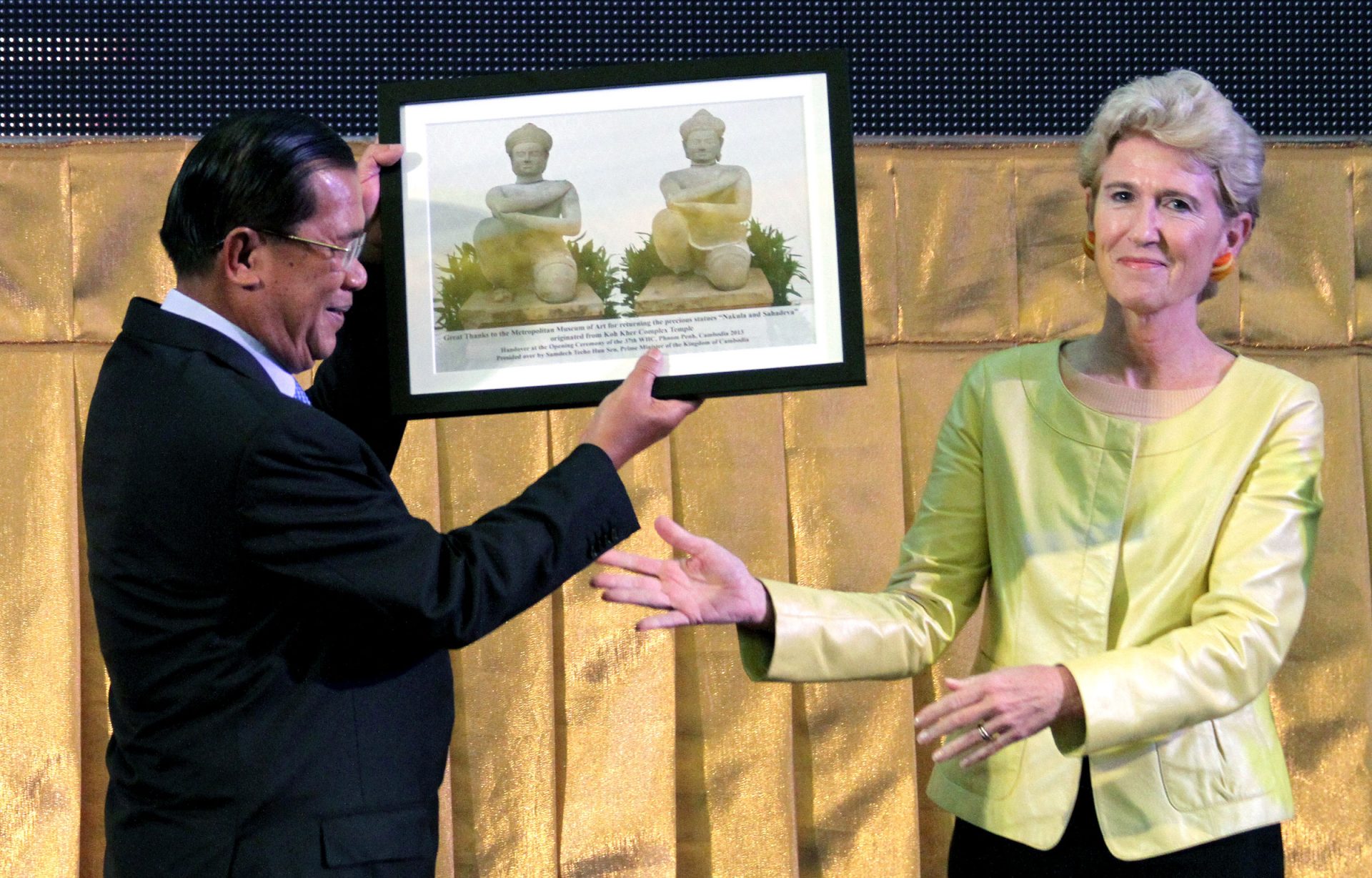 “The situation of the fund is becoming alarming,” said Deputy Prime Minister Sok An in his opening speech as chair of the committee, addressing roughly 1,000 Cambodian and international officials at Prime Minister Hun Sen’s office.

Over the next 10 days, the World Heritage Committee of 21 country delegates will review the state of heritage sites on the planet and decide whether or not to add or remove them from the list.

Their mandate is to implement the World Heritage Convention signed by 190 countries to protect cultural and natural sites around the globe.

Economic constraints over the past few years have affected the safeguard of both natural and cultural World Heritage sites, speakers said. One way around the difficulty could be to put the importance of culture before pure economics, said Alissandra Cummins, president of the Executive Council of Unesco charged to support the World Heritage Committee. Since those sites have been declared worth saving for future generations, she said: “Failure is not an option.”

Mr. Hun Sen stressed in the closing speech that Angkor Archeological Park, one of Cambodia’s World Heritage sites, is being managed with sustainability in mind.

During the ceremony, Emily Rafferty, president of the Metropolitan Museum of Art in New York, officially returned to Cambodia two 10th-century statues that, she said, were donated to the museum 20 years ago. They had disappeared from the Koh Ker monument in Preah Vihear province in the 1970s.