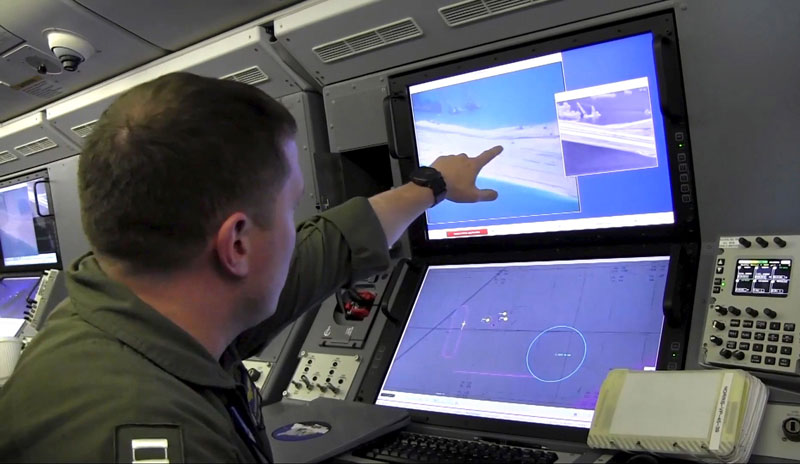 As Ashton Carter toured Asia this week amid rising tensions over the South China Sea, Cambodia once again backed China’s position in the dispute, warning that recent remarks by the U.S. defense secretary were “provocative” and threatened the very peace the U.S. claims to be protecting.

Government spokesman Phay Siphan said the current escalation of tension over the sea was largely a result of Mr. Carter’s threat to send warships and surveillance aircraft to within 12 nautical miles (22 km) of Chinese-claimed islands in the strategically important waterway.

“It was provocative,” said Mr. Siphan, a secretary of state at the Council of Ministers. “I think it was a provocative statement that goes against our goal to maintain peace in the region.”

But experts say Cambodia, like other countries in the region, is pursuing a self-interested position in the dispute, and that all of Asean would side with the U.S. and its allies should the U.S. and China come to blows in the region.

The U.S. has recently ramped up the rhetoric over its concerns about China’s perceived aggression in the South China Sea, which sees half the world’s trade volume pass through it each year and is vital to U.S. military dominance in the Asia-Pacific.

The patchwork of territorial disputes in the sea is largely motivated by the vast deposits of oil and gas believed to be buried underneath it. Five countries—Brunei, Malaysia, the Philippines, Taiwan and Vietnam—have claims that overlap with the 90 percent of the sea over which China claims historical ownership.

But a Pentagon report leaked in May showing thousands of artificial islands being built at breakneck speed by China has left Southeast Asian countries suddenly nervous, while the U.S. fears the world’s busiest trade corridor—and its military dominance in the region—could be imperiled by China’s rapid advances.

Cambodia has no claim in the South China Sea, yet its voice in the dispute has received outsized attention. Ever since it hosted the 2012 Asean Summit in Phnom Penh and refused to broach the South China Sea issue, Cambodia has been accused of bucking Asean’s collective interest in favor of China—its single biggest foreign investor.

But Mr. Siphan denied that Cambodia had aligned itself with China, despite reiterating China’s warning to the U.S. to back away from its threat or take responsibility for what transpires.

“All countries—China and the U.S. included—need to resist the urge to build up military presences. The Cambodian government’s position is that it wants peace and stability and that the South China Sea does not belong to any one country, ” he said.

“The Cambodian government does not want to see warships or any act of aggression in the South China Sea. Any country that provokes this kind of response must then be responsible if it provokes conflict,” he added.

Mr. Siphan acknowledged that Cambodia was a beneficiary of China’s financial largesse but said the two matters were unrelated.

“The South China Sea is not related to assistance that Cambodia gets from China or any other country—that is for our economic growth. And in this respect, Cambodia is friends with everyone,” he said, adding that Cambodia was in line with the principles of Asean and wanted a code of conduct to establish peaceful negotiations.

In April, Cambodia’s Ministry of Foreign Affairs said that Asean should stay out of the territorial row and allow its member countries to settle disputes on their own—another position held by China, and one that has proved to be the stumbling block to negotiations.

“Asean can’t settle this dispute,” Soeung Rathchavy, a secretary of state at the ministry, told reporters after a closed-door meeting with foreign diplomats last month. “Territorial claims in the South China Sea must be settled with countries involved.”

Cambodia’s apparent deference to China is unlikely to change as long as peace prevails, according to Carl Thayer, a Southeast Asia expert at the Australian Defense Force Academy. He said a shift in stance would risk jeopardizing a very profitable relationship.

“Cambodia is mainly out to ingratiate itself with China [and has] been circumspect about antagonizing the U.S.,” Mr. Thayer said, noting that Cambodia had increased its pro-China rhetoric recently.

“Cambodia will not break [this] alignment…or take steps that would jeopardize Cambodia’s access to China’s gravy train,” he said.

Cambodia—as a minority member of Asean with no claims in the sea—can vocalize support for China because it has little bearing on the outcome of the dispute.

But if the stakes do escalate beyond rhetoric, Mr. Thayer said, Cambodia would raise its objections within the Asean leadership, then fall into line with the consensus—as it did at this year’s Asean Summit in Malaysia.

“Cambodia can make statements about the U.S.’ destabilizing behavior and that Asean should play no direct role in resolving the territorial disputes…and Asean will accommodate Cambodia, as long as Cambodia does not undermine the present consensus,” he said.

According to Mr. Thayer, the growing threat of China and the U.S. coming to blows has left Asean countries more eager than ever to trust China’s commitment to peace and bring the focus back to negotiating.

“There is new urgency in Asean to clarify key provisions of the 2002 DOC especially the paragraphs that refer to ‘self-restraint’ and ‘not to use force or the threat of force,’” he said, referring to the Declaration on the Conduct of Parties in the South China Sea.

Cambodia is not the only country benefiting from China’s influence, with the broader Asean-China strategic partnership crucial to the region, Mr. Thayer noted. And Cambodia—with no claim to the sea—finds itself in a position to walk a middle path.

China was keen to emphasize this point when Liu Yandong, a vice premier, spoke to delegates at the 14th Asia Security Summit of the benefit to Asean of maintaining a fruitful relationship with China. He said that over the next five years, China expected to import $1 trillion worth of goods from Asean countries and invest $500 billion in the region.

Though Cambodia has been criticized for asserting that Asean should not be involved as a bloc in negotiations over territorial disputes, other nations in the association have slowly begun asserting similar stances.

Over the weekend, Indonesian President Joko Widodo expressed his intention to weigh any involvement in the dispute against the interests of Asean’s largest country.

“If we played a role, that is also good. But if we do not have the right solution, our diplomatic effort does not result in anything, then why should we do it?” Mr. Widodo was quoted as saying in the Jakarta Post.

The binary of China as bad guy and the U.S. as good guy in the Asia-Pacific no longer holds water, Cambodian Commerce Minister Sun Chanthol said in an interview last week with the University of Pennsylvania magazine, Knowledge.

Mr. Chanthol said the U.S. appeared unable to grasp a fundamental change in regional priorities, evidenced by its refusal to join the Asian Infrastructure Investment Bank (AIIB), which was a brainchild of China.

“I can’t speak for America, but today they are completely isolated,” he was quoted as saying. “All the U.S. allies—South Korea, France, Germany, even Australia—rushed in to become a member…[but only] Japan and the U.S. have stayed outside.”

“I think the world has changed,” the commerce minister added. “When China prospers, neighboring countries, the world, also prosper.”

The potential for armed conflict in the South China Sea is making the headlines at the moment, but Asean countries will ultimately prioritize their economic interests, which rely on regional stability, said Phoak Kung, co-founder and president of the Cambodian Institute for Strategic Studies, a newly established think-tank.

“What is interesting is that many people seem to think that only Cambodia is trying to be on good terms with China. In fact, most Asean member countries are adopting the same or similar position. Some of the claimants, such as Brunei and Malaysia, are trying to avoid [territorial] issues altogether,” he said.

“Building a strong relation with China doesn’t put their economic interest at risk, but instead provides a realistic and long-term solution to their prosperity. Whether they like it or not, the region’s economy will be absorbed by China.”

But Asean countries still have significant interests in maintaining good relations with the U.S. and other Western countries with crucial trade ties to the region. The U.S. and European Union import the majority of goods that Cambodia produces, including the garments the country’s economy relies on.

“Cambodia cannot afford to sour relations” with the West, Mr. Kung said, although he added that it would take more than diplomatic posturing to hurt economic ties. “The U.S. and the E.U. are members of the WTO, so even if the West is not happy with them, they still export their products to those markets.”

The balance that all Asean countries seek will be deepening economic ties with China while continuing to grow investment and export markets in the West, allowing both sides to benefit from the region’s rapid economic expansion.