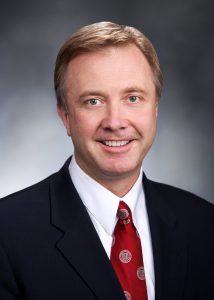 A company created by state Sen. Doug Ericksen has landed a $500,000 lobbying contract from the Cambodian government he praised last year during a controversial visit as an election observer.

Ericksen, R-Ferndale, registered as a foreign agent for the kingdom of Cambodia in an April 3 filing with the U.S. Justice Department, along with former state Rep. Jay Rodne, R-Snoqualmie.

The registration was made under a company called PacRim Bridges LLC. State records show Ericksen and Rodne are the sole owners of the firm, created in late 2017. The contract with Cambodia was first reported Friday by POLITICO.

Controversy over death of George Floyd felt in Cambodia

By
Inside Asian Gaming
-
July 6, 2020
0
Cambodian Prime Minister Hun Sen has given the green light for almost 200 casinos across the country to reopen, provided they meet certain COVID-19 safety measures as approved by the Ministry of Health.