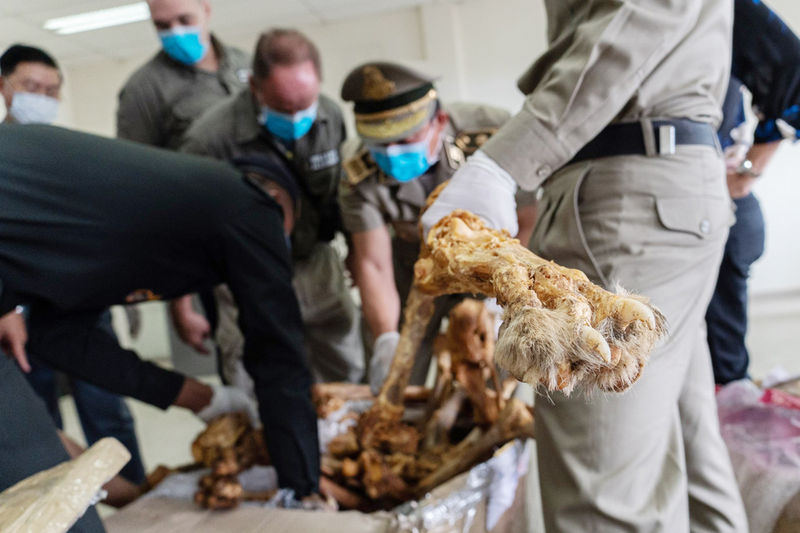 Authorities on March 2 opened packages of more than 280 lion bones seized in December at the Phnom Penh International Airport as the case progresses against the suspected owners who remain behind bars, said NGO Wildlife Alliance.

It said the shipment of 281 kilograms of suspected lion bones smuggled from South Africa was opened on Monday while two Vietnamese suspects remained in jail. Cambodian Customs officials were investigating the case, it noted.

Cambodia is a well-known transit country in the illegal wildlife trade for products heading to Vietnam and China. It is suspected that the lion bones were intended to be transported to Vietnam where they are popular in traditional medicines.