The Canadian province of Quebec adopted a law on Thursday that makes September 19 the official day to honor those who died in Cambodia during the Khmer Rouge regime.

The bill, which proclaims the date as “Memorial Day for Crimes Against Humanity Committed in Cambodia Between 1975 and 1979,” was introduced by Kathleen Weil, provincial minister of immigration, diversity and inclusiveness, at the request of the Cam­bodian community in Quebec, said Savary Chhem-Kieth of the Khemara center, an organization in Montreal that focuses on Cambodian history and civilization.

Asked why they did not select April 17, the day the Khmer Rouge seized control of the country in 1975, or January 7, the day Pol Pot was defeated at the hands of Vietnamese and Cambodian troops in 1979, Mr. Chhem-Kieth said: “We don’t mean to celebrate a victory or a defeat. All we want to do is to commemorate our dead.”

According to the text of the law, more than 10,000 Cambodians took refuge in Quebec in the de­cade following the fall of the Khmer Rouge. 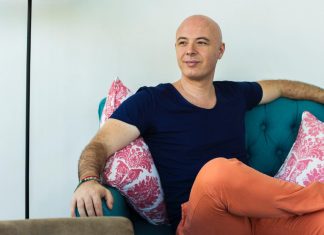 By
Asia One
-
April 7, 2020
0
When I first moved to Cambodia, there was an occasion when I was very upset with my neighbour for throwing a party and creating way too much noise. It was a little disrespectful.

What’s Next for the Cambodia-Laos Border Dispute?