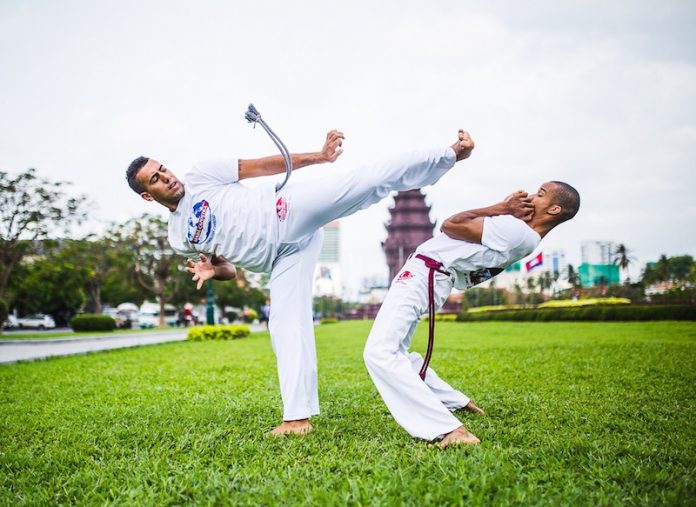 HomeWhat's On
What's On 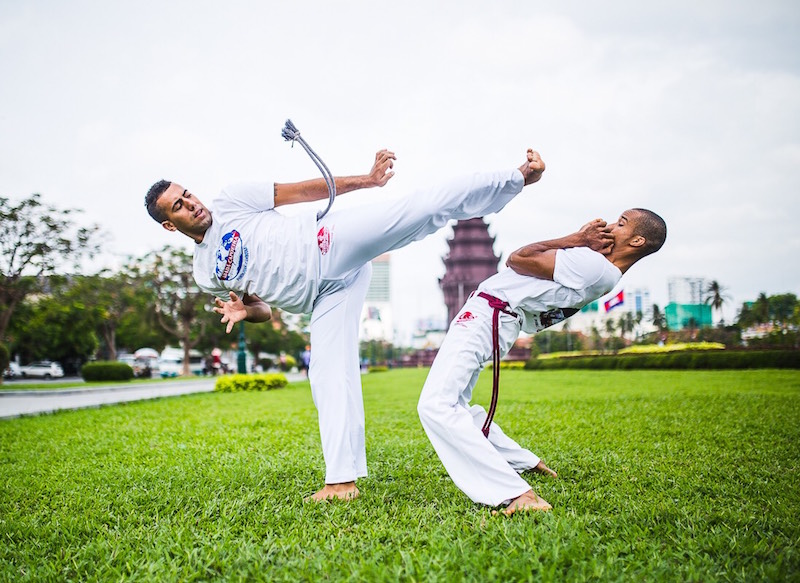 The artform that the group Abada-Capoeira will stage tonight at the Institut Francais’s bistro is a Brazilian martial art disguised as a dance. “Capoeira…links music and combat,” said Fabien Coulon, who will join the performance. First called Capoeira Angola, its origins can be traced to Angola, he said. “Centuries ago, it was practiced by African slaves brought to Brazil by the Portuguese. Since they were not allowed to train to fight, they concealed their martial art under dance.” The martial art has been taught in Phnom Penh for several years. Standing in a circle with musicians and a singer, participants clap and sing along while watching two opponents face each other in the middle. “It can be intimidating,” Mr. Coulon said. As well as cocktails and capoeira, Watt’s Up DJ set will liven up the evening with afrobeat and tropical house music.

Previous articleSecurity Force of 30,000 Ready for June Elections
Next articleMan Charged in Destruction of CPP Sign in Battambang