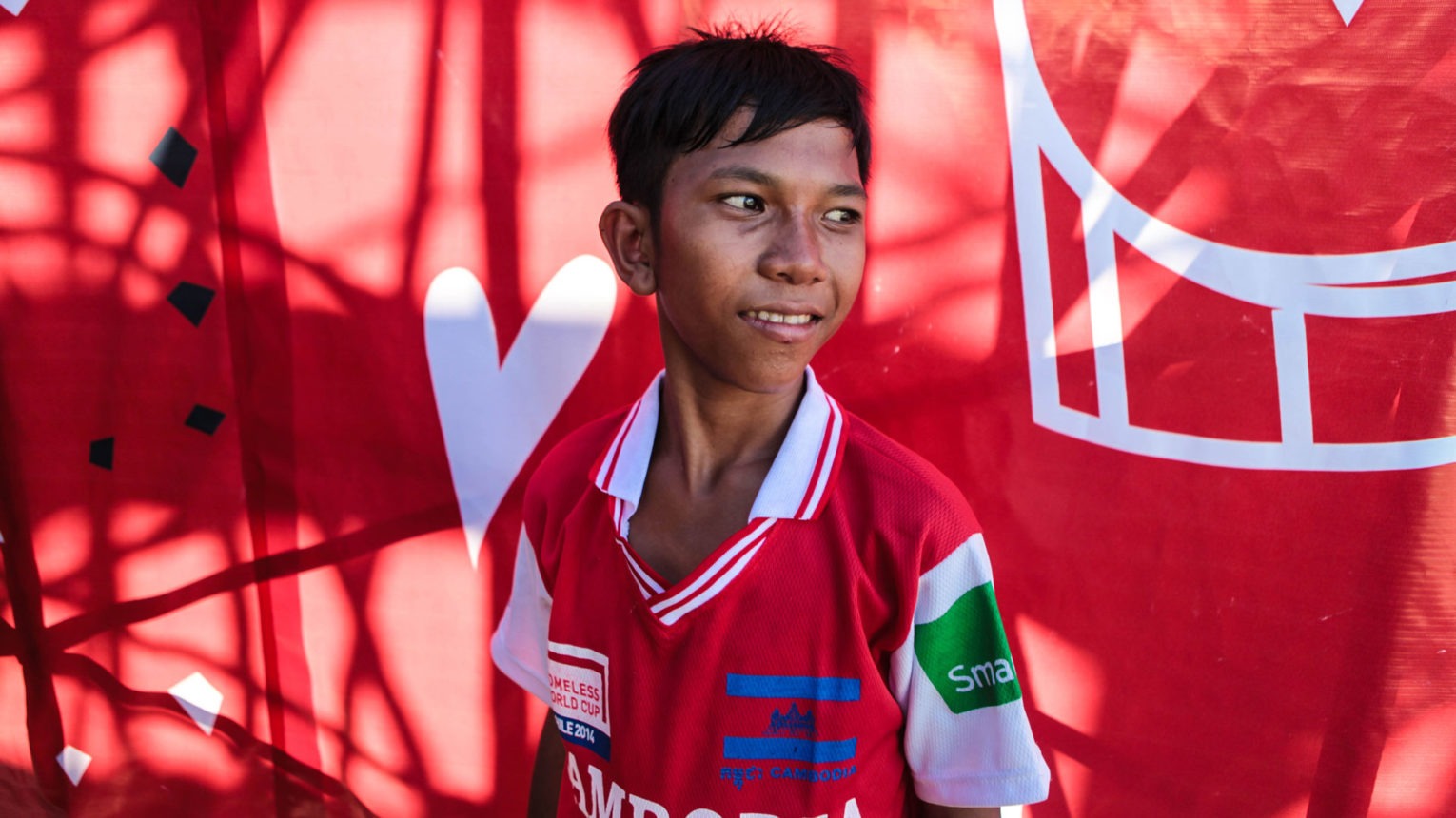 Scoring goals beyond the pitch, thanks to the Homeless World Cup

For these former Homeless World Cup players, the final whistle of the tournament was just the beginning of their journey to a better life.

The eldest of three children, Langeng (pictured above) came from a family that was too poor to send him to school. He was devastated and would likely have followed in his mother’s footsteps – sifting through garbage to find items to sell on the street – if not for the intervention of Cambodian Children’s Fund, which provided him with an education and enabled him to discover his passion for sport.

Langeng played for Team Cambodia in the 2014 Homeless World Cup in Santiago, Chile when he was 17. Afterwards, Langeng was promoted to the position of coach for the Under-14s team.

“I will return to the Homeless World Cup,” he says, “but this time as a coach with the next generation of players who will go there to change how they see themselves and who will change their lives for the better too.”