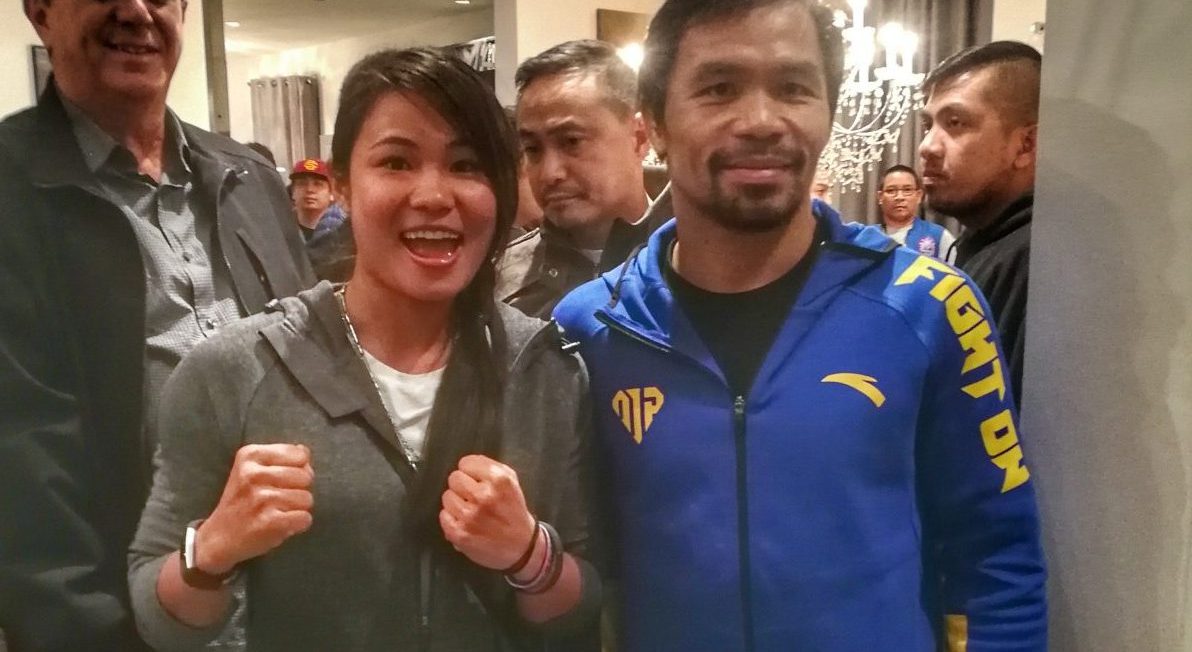 The PacMan gives back by training with Cambodia's Little Frog

It’s 4:30 a.m. in Los Angeles and pouring rain outside in January, an unwelcome way to begin a special day with famed world champion Manny Pacquiao. Yet, Cambodia’s first female MMA fighter, Tharoth Sam (4-2-0) – known as “Little Frog”- is conditioned to steer past adversity.

As a child when hungry, she would forage for frogs, gaining a nickname that would become her brand in her professional life.

On this day, the 28-year old fighter has been invited to do what no other Cambodian has done; to train alongside her hero, eight-division world champion and current WBA welterweight champion Manny Pacquiao (60-7-2, 39 KOs) as he prepares to defend against four-division world champion Adrien Broner (33-3-1, 1NC, 24 KOs) tomorrow at the MGM Grand Garden Arena in Las Vegas. “I need to know what it takes to be a world champion,” Sam says, who in Cambodia is the only female on the country’s list of top five fighters. Like all young fighters — especially those from developing countries – she looks to Manny’s story for inspiration.