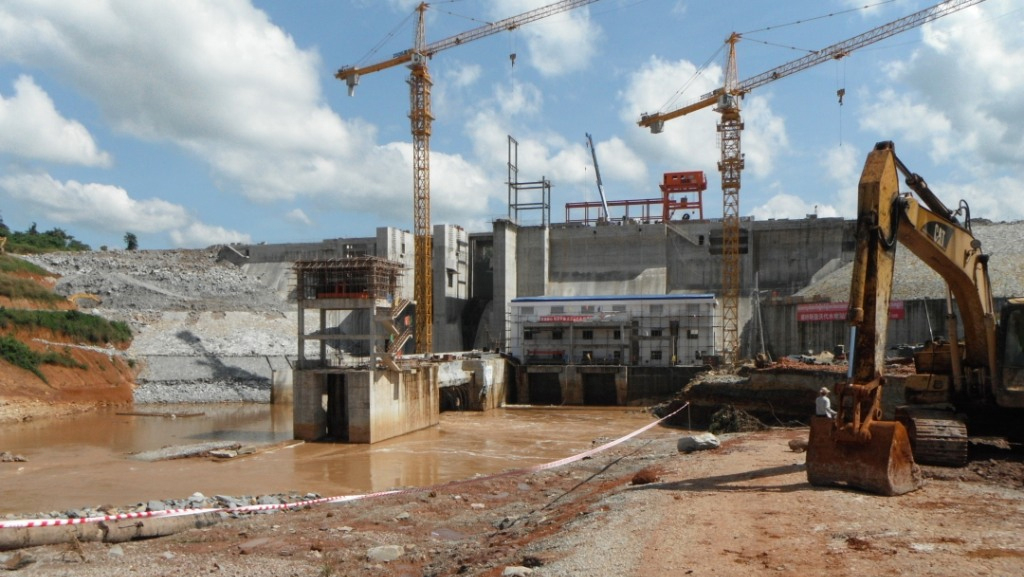 Three Cambodian workers were still missing in Pursat province yesterday, more than two days after they were washed away when part of a Chinese-built hydropower dam collapsed, an official said.

A large section of the dam’s structure burst open at the site of the $255 million Stung Atai dam on Saturday in Veal Veng district’s O’Som commune.

While four workers were initially declared missing, one worker presumed washed away had been out fishing and returned to the dam site later the same day, according to Theng Leng, Veal Veng district police chief.

Three are now unaccounted for, with Mr. Leng naming them as Mr. Vuth, Mr. Rik and Mr. Taing Lengsok. Another four sustained serious injuries when water started gushing from the dam.

“We did not find their bodies, so we can’t say whether they are dead or alive,” Pursat provincial governor Khoy Sokha said yesterday.

Mr. Sokha explained that the incident occurred when water was let into a 7-meter-wide stretch of tunnel, which channels water from one of the Stung Atai dam’s turbines.

A 10-meter section of the tunnel gave way and water rushed out, inundating the workers and causing damage to roads around the dam, which is under construction by the China Datang Corporation.

Images of the dam after the incident show that the main reservoir has almost completely emptied out.

Local officials have been told by company engineers that the damage to the dam is repairable but that it would likely set back the completion date for the dam—which is scheduled for sometime next year—Mr. Sokha said.

In the wake of the accident, the opposition SRP and the environmental watchdog group International Rivers have called for the government to thoroughly investigate what went wrong and place tighter regulations on such projects.

China Datang Corporation is developing the Stung Atai dam under the name of local subsidiary (Cambodia) Hydropower Development Co. Ltd. Company officials could not be reached and an official at the Chinese Embassy in Phnom Penh declined to comment.

Ms. Trandem said there had also been serious industrial accidents at the now-complete Kamchay dam in Kampot province and the Tatai and Russei Chrum dams in Koh Kong province—all of which are being or have been developed by Chinese companies.

“These projects have a very poor planning process,” she said, explaining that the Stung Atai only had an environmental impact assessment carried out after the government approved the project and construction had begun.

“The biggest thing is there needs to be an investigation to find out the cause of the accident and hold the company to account,” she added.