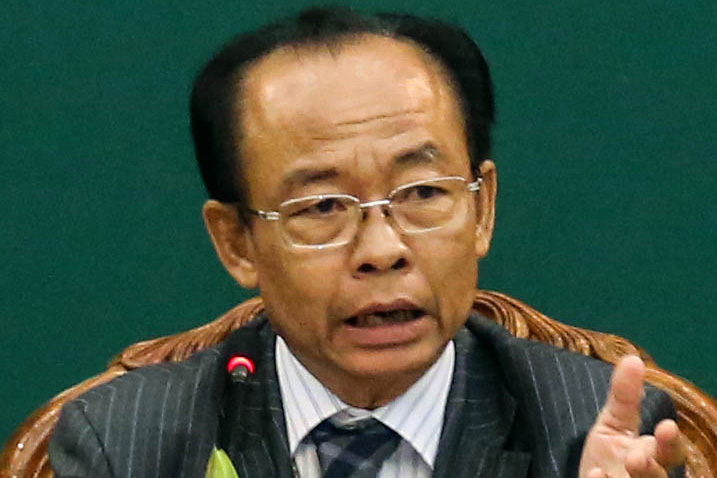 One of Cambodia’s top diplomats has been made ambassador to Thailand, an unusual appointment for such a high-ranking official that suggests the government is seeking a reliable hand to navigate simmering pressures over migrant workers, officials and analysts said.

The move of Foreign Affairs Ministry Secretary of State Long Visalo was among six new ambassadorial appointments as part of a shakeup of the diplomatic corps.

Government officials said the decision to send Mr. Visalo to Thailand, perhaps the most important post outside the country, was made due to his depth of understanding on bilateral issues with the neighboring country, which is host to up to 1 million Cambodian migrants.

Council of Ministers spokesman Phay Siphan said Mr. Visalo would be well-positioned to promote “a policy of good cooperation between the two kingdoms of peace and development.”

Mr. Visalo has been one of the most prominent figures in the ministry for the past decade, often taking the lead on issues ranging from the demarcation of the Vietnamese border and resettlement of Montagnard asylum-seekers to negotiating a deal in 2014 to accept asylum-seekers being held by Australia on the South Pacific island nation of Nauru.

And while the change of leadership was welcomed, the embassy in Thailand had much room for improvement, said Moeun Tola, who runs the labor rights NGO Central.

“Workers complain about the working hours of the embassy, that the services provided to the migrant workers are still slow and that the staff from the embassy is not responsive to requests,” he said.

“Cambodian migrant workers are not very happy with the Cambodian government and can be very vocal of their unhappiness,” he said, citing their familial influence as breadwinners and the possibility of protests if they were sent back to Cambodia. “They may have a lot of influence, even if they don’t come back to vote.”

Because of this, moving a senior official into the role came as little surprise, Mr. Virak said.

Eat Sophea, the outgoing ambassador to Thailand, will take a position as undersecretary of state for the Foreign Affairs Ministry.