The Phnom Penh Municipal Court’s decision to keep four officials from rights group Adhoc imprisoned while the court investigates their case was right “according to the law,” a Supreme Court official said on Monday during an appeal hearing.

The lower court’s investigating judge had denied bail for the four, who have been imprisoned for more than 10 months, because witnesses were still being questioned, deputy prosecutor Chan Darareaksmey said.

“All criminal cases are not the same,” Mr. Darareaksmey told the court. The judge “worried that they will not return for their hearing or [their release would] impact public order.”

The Supreme Court’s verdict on the four’s appeal is expected on Monday.

Ny Chakrya, deputy secretary-general of the National Election Committee and a former Adhoc staffer, was also charged and detained in the case, but was not part of Monday’s hearing. His separate hearing will be held on March 24.

Defense attorney Lor Chunthy on Monday argued that his clients were not a flight risk and there was no reason to detain them further.

“If they wanted to escape, they wouldn’t have gone to the ACU [Anti-Corruption Unit] on the first day” for questioning, Mr. Chunthy said, adding that the court could continue questioning witnesses while the defendants were out on bail.

Critics have said the municipal court has purposefully extended its investigation period after court officials decided in October to lengthen the group’s detention, claiming the court needed more time to investigate the case.

“What’s the difference between our crime and the case of genocide at the ECCC [Khmer Rouge tribunal] and defendant Im Chaem being released on bail?” he asked. “What is the crime that we committed?” 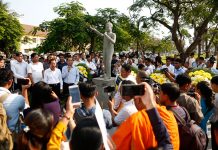 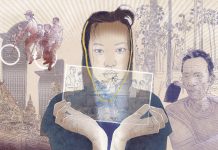 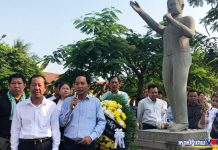 International law perspective on protection of human rights in Cambodia