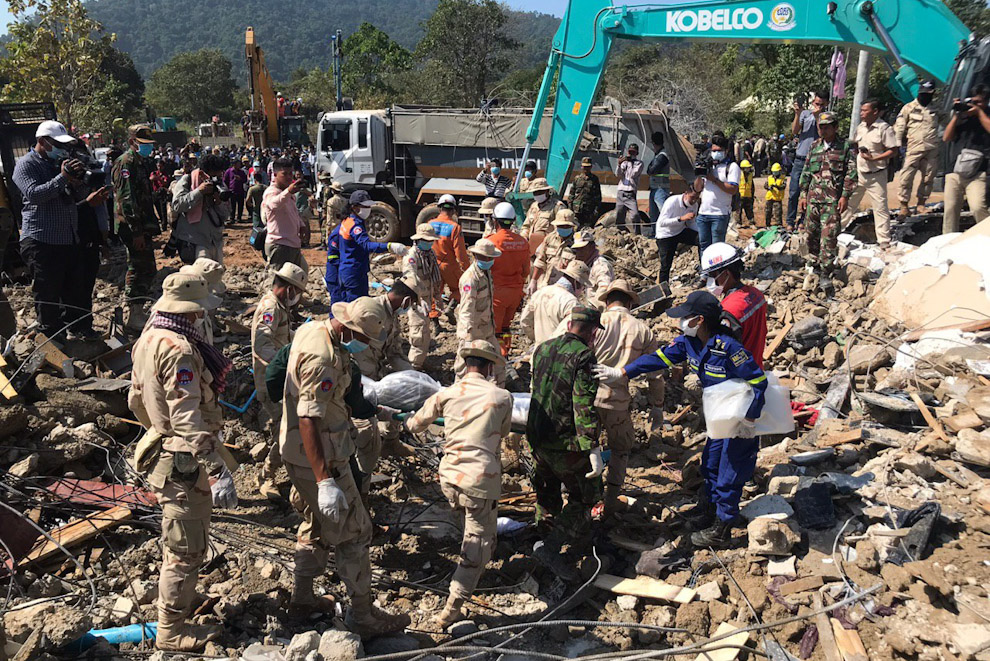 The Kampot Provincial Court has released on bail the couple who owned an under-construction building in Kep province that collapsed on Friday killing 36 people, including six children.

Ek Sarun, 65, and his wife, Chhiv Sothy, 61, were released on Monday evening and placed under court supervision, after guaranteeing 354 million riel, or about $88,500, for bail, the court said.

“The investigative judge decided bail them after they were charged with manslaughter and causing involuntary bodily harm,” said court spokesman Mann Boret on Tuesday.