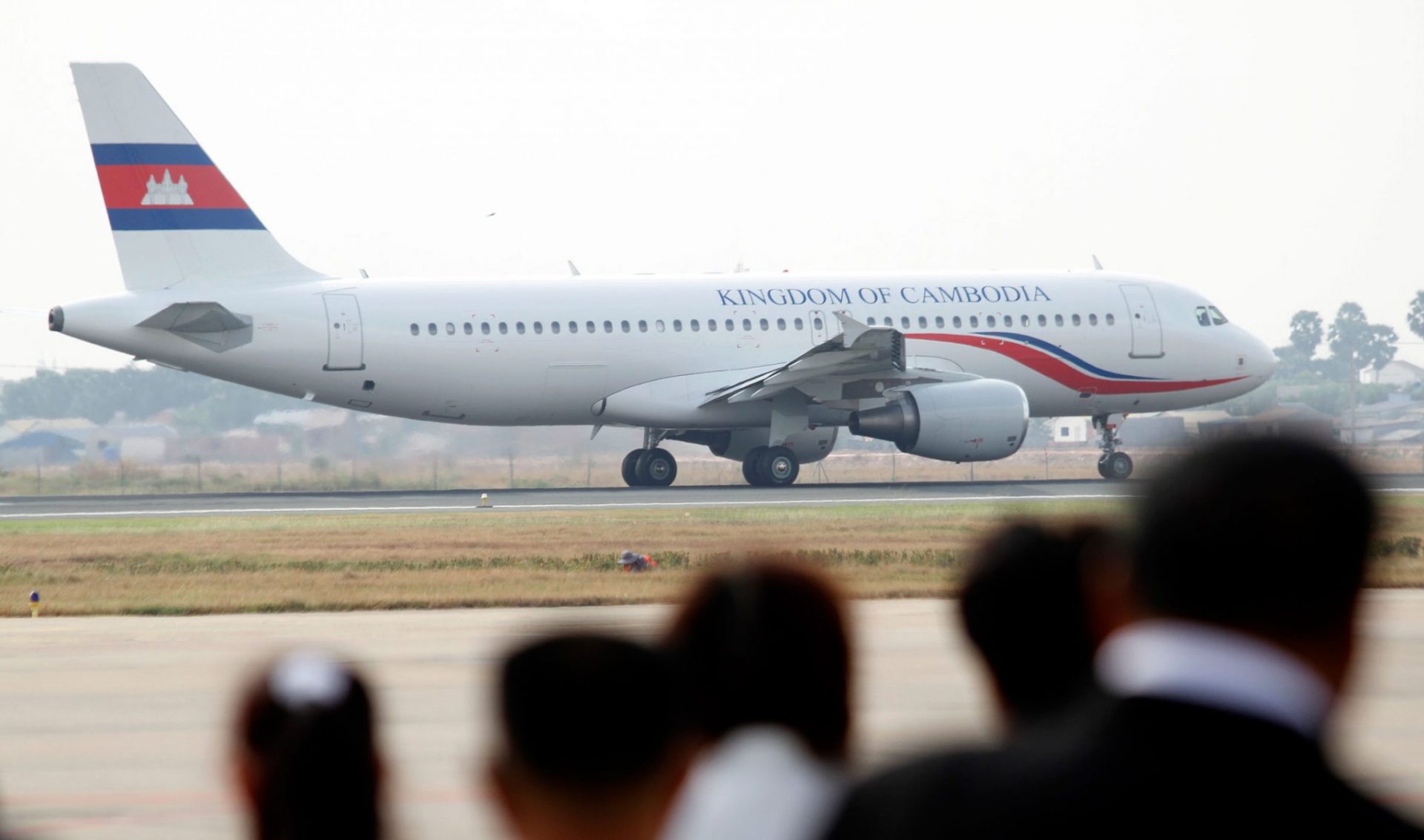 The government’s brand-new Airbus A320 jet took off on official state business for the first time on Thursday, when it departed from Phnom Penh International Airport en route to Beijing with King No­rodom Sihamoni and Queen Mother Norodom Monineath.

The white aircraft—which bears the words “Kingdom of Cambodia” on the fuselage and features a Cambodian flag on the tail—was purchased late last year for the personal use of government officials and other senior dignitaries, CPP lawmaker Cheam Yeap said.

Though the plane’s inaugural flight took some by surprise, Mr. Yeap emphasized that the Airbus had not been a secret, as its purchase had been announced by State Secretariat for Civil Aviation (SSCA) Secretary of State Mao Ha­vanall during a National As­sembly session in November.

“It is the government’s plane and is for use by the King and the government leaders. This is the first time the King has taken a jour­ney using this plane,” Funcinpec Executive President Nhiek Bun Chhay said.

Mr. Yeap and Mr. Bun Chhay both said they did not know how much the jet had cost, but according to Airbus’ website, a new A320 costs an average of $91.5 million. The 150-seat plane costs roughly $8,000 per hour to operate, in addition to annual maintenance and crew expenses.

This is the first time that Cambodia has owned a plane strictly for use by government officials, said Phay Siphan, spokesman for the Council of Ministers, adding that acquisition of the plane was handled by Council of Ministers Secretary of State Tek Rech Samrath.

Mr. Rech Samrath, who is also the chairman of the national carrier Cambodia Angkor Air, which is a joint venture with Vietnam Airlines, declined to comment. Angkor Air currently has five aircraft in its fleet, two 67-seat ATR 72 turboprops and three 184-seat Airbus A321 jets, the newest of which arrived in late December and early January.

Other government officials, including those in the political op­position and aviation industry, said the unveiling of the government’s personal-use Airbus came as a surprise.

“It’s not involved with us,” said SSCA Undersecretary of State Chea Aun, adding that the government body had merely been responsible for ensuring that the plane arrived safely in the country “a few weeks ago.”

SRP lawmaker Yim Sovann said the opposition was not aware that the state had purchased a plane for use by government officials.

“This is a very new one. Nobody knows that the government bought this plane,” Mr. Sovann claimed.

Khek Norinda, communications manager at Cambodia Airports, which operates the country’s international airports in Phnom Penh, Siem Reap and Si­hanoukville, said the plane landed for the first time in Cambodia sometime between January 24 and 26.