Four times since Horn Lenna became manager of K U Travel & Tours, she says she has had to pay a bribe to the Ministry of Tourism. The amount has never been too high—a few hundred dollars a year to renew her opera­ting license—but she says if she had refused, her travel agency could not operate legally in Cambodia.

While the ministry officials who ask for the money are never so blunt as to demand a bribe, she says they hint that “it would take a very long time to get our license renewed” if she did not pay the extra “fee” for her license renewal.

“We can pay the official $150, but if we pay only that and not the extra $200 the ministry asks for, then we will never get a license,” Horn Lenna said.

Other tour agents echo Horn Lenna’s concerns. Twice in the past month, the Cambodian Asso­ciation of Travel Agencies has complained about the extra fees to the Ministry of Tourism. Thong Khon, secretary of state for the ministry, acknowledges the problem and said the ministry is working on a plan to curb bribe taking.

The allegations mark the second time the ministry has been at the center of a controversy recently. On July 5, the National Assembly lawmaker Nan Sy accused So Mara, director general of the Ministry of Tourism, of “illegally” signing an agreement with Thailand on the joint management of the Preah Vihear temples.

Tourism companies, which are officially charged $150 to renew their operating licenses, are being forced by agents from the Minis­try of Tourism to pay between $300 and $500 for the permits, ac­cording to representatives from the CATA, an umbrella organization of more than 50 travel agencies working in Phnom Penh and Siem Reap.

Pierre Jungo, country manager of Diethelm Travel, said he was charged close to $700 to have his permits renewed to operate in Phnom Penh and Siem Reap. “It would be appropriate if this [fee to renew a license] was regulated,” Jungo said.

He said the practice of overcharging tourism agencies for their operating licenses was such a tradition that he never questioned paying $700 to renew his two licenses.

“If you always pay $350 for one license, and you never ask other agencies how much they pay, then how would you know what the cost is?” he said.

According to a government prakas signed in 1997, tourism agencies are required to renew their licenses every year, said Nuth Nin Voeurn, secretary of state for the Tourism Ministry. Tourism agencies operating in Phnom Penh are officially charged $150 while an agency in Siem Reap is charged $100, he said.

“When we met with CATA, I suggested to them that they take down the names of the individuals who were demanding the bribes,” the tourism official, who requested anonymity, said. “That way we could call them in and discover under whose authority they are acting under, or if they are acting independently.”

Thong Khon said the ministry is forming a plan on how to stop the bribery demands. “We recognize that there is something not good with some of the tourism officials, but we are trying to correct the problem,” he said. “We do not know who is ordering the money, but we know it is not a good thing.”

One ministry official said So Mara should be held responsible because the tourism license renewal letters come from his office.

Also, So Mara is officially re­sponsible for the ministry employees who inform travel agencies that their licenses are up for renewal, the official said.

“So Mara is in charge of the technical side of the Ministry of Tourism—the civil servants. So these people who are asking for bribes are his responsibility. He should be monitoring his workers better or take action against the ones that are corrupt,” the official said.

Although So Mara declined to comment in detail on the charging of extra fees, he said “I am confident I have done nothing wrong.”

So Mara also declined to comment on allegations that he illegally signed an agreement allowing Thailand to jointly manage the Preah Vihear temple and share in the revenues. 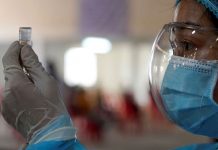 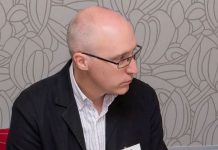 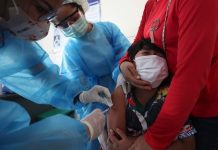 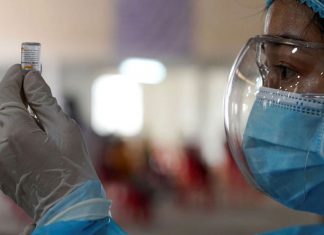 Hun Sen: Calls for Cambodian sanctions intensify in Canberra ahead of...