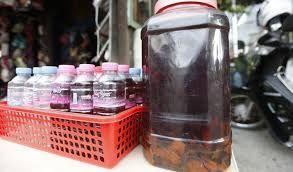 Death toll from tainted wine in Cambodia rises to 5, as 110 hospitalized

Five villagers had died and 110 others hospitalized in Central Cambodia’s Kampong Chhnang province after drinking locally-made rice wine, which was suspicious of containing high levels of methanol, the Health Ministry’s spokeswoman Or Vandine said at Sunday night.

The incident happened in a rural village in Teuk Pos district on Saturday when the victims drank the tainted wine during the funeral of a villager who had died of drinking pond water contaminating with pesticide residues, she said.

“According to an investigation conducted by a health ministry’s working group, they had drunk contaminated rice wine during the villager’s funeral,” she told reporters. “Currently, most of the hospitalized patients have gradually recovered.”