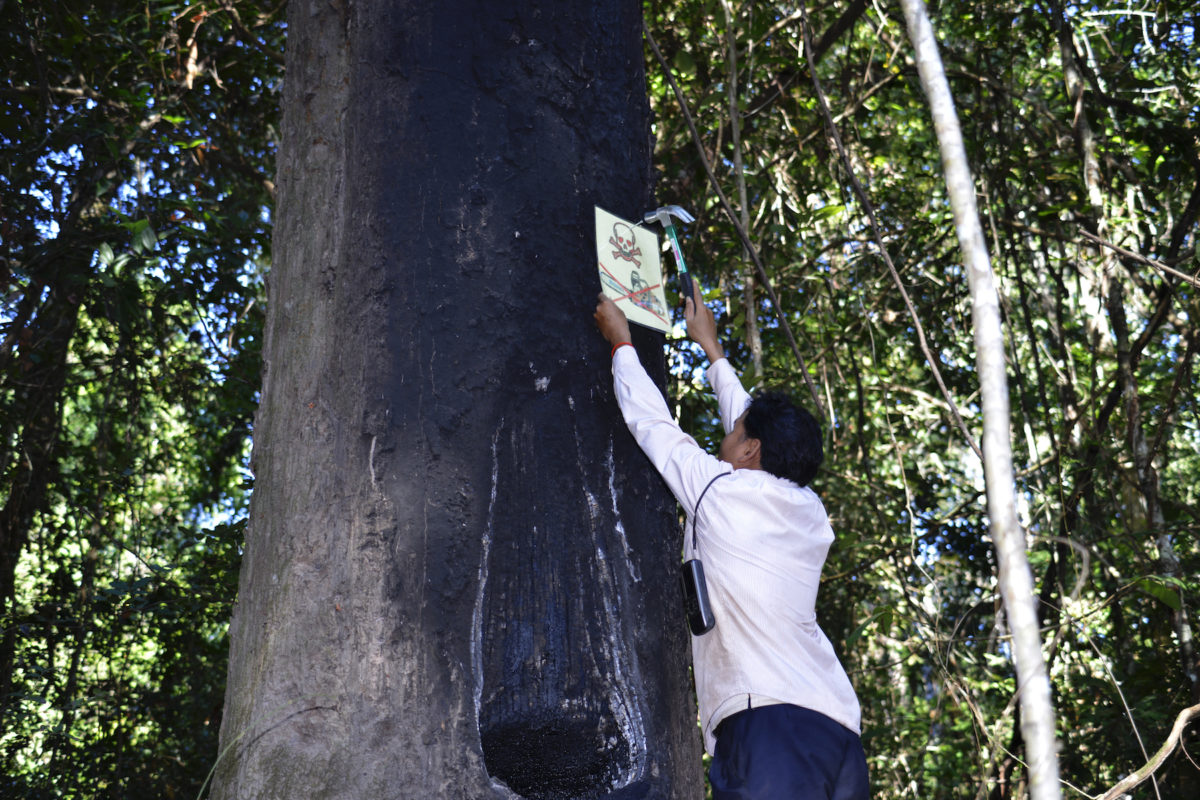 Prey Lang Wildlife Sanctuary is a protected area in eastern Cambodia and is home to some of the country’s last large tracts of old-growth rainforest, as well as endangered wildlife and Indigenous communities.

“It was the same court, the same actors, the same script — it was just like the sequel,” laughed Ouch Leng as he recounted what is now his second arrest in 12 months.

As one of Cambodia’s most prominent environmental activists and a Goldman Environmental Prize winner, Leng says he has become a target for the authorities, and his arrest on Feb. 5, 2021, was a mirror image of his previous arrest on March 13, 2020.

“I only care about forest crimes, not my misdemeanors,” said Leng, whose most recent arrest in Kratie province came after he and four other activists attempted to raise awareness about deforestation in Prey Lang Wildlife Sanctuary.