In the latest boost to investment from Cambodia’s most prominent foreign backer, Prime Minister Hun Sen presided over the signing of a $1.5 billion Chinese development project on Thursday, hours after he announced plans to roll out three-year business visas for Chinese nationals.

According to Seng Nhak, a LYP Group director, the $1.5 billion project, dubbed Chinese-Cambodian Friendship City, will feature a zoo and water park—to be completed in the next year or two—with other features to be disclosed later.

“We have been creating some things in the city already,” Mr. Nhak said. “Right now, we are standing in a five-star hotel in the city. There is also an international-standard golf center, the national stadium and the football stadium that our Chinese counterparts assisted with.”

Mr. Hun Sen lauded the new development during a speech at the forum’s opening ceremony. “This place is going to become the future of a new city,” he said, adding that a stadium on the site will be part of Cambodia’s 2023 Southeast Asia Games.

“Based on a request from the Ministry of Tourism, and after discussions with the Ministry of Interior and Ministry of Foreign Affairs and other departments, we have decided to let investors from China hold a multiple-entry visa for normal passports—a three-year visa,” he said. “They do not need to renew their visa, they just need a stamp whenever they come in and out.”

In addition to Chinese nationals, the visas will be made available to South Koreans, according to Sok Veasna, director of the Interior Ministry’s immigration department. He said he did not know when they would be made available, however, as officials at “top levels” were still solidifying plans.

While the upcoming visa option is a welcome addition to Cambodia’s development, it will not be without limitations, critics said.

“Cambodia has struggled for years to increase its general competitiveness,” political analyst Markus Karbaum said. “Often, needs to establish industries that produce high-tech products cannot be afforded due to a lack of funding. Therefore, increased investments into the private sector are very much welcomed, irrespective from where they come from.”

Still, he said, “the Beijing government should strengthen Cambodia’s ownership in its economy instead of achieving a dominant, neo-colonial position step by step. However, currently I do not perceive a significant Chinese commitment for capacity-building.”

And while the visas would attract prospective Chinese investors who do not receive the same favor in other countries in the region, Miguel Chanco, lead analyst in the Asean region for the Economist Intelligence Unit, said the boost could be muted.

“Some Chinese projects mandate the employment of Chinese labor, thereby limiting the positive impact they could have on the local labor market,” he said. 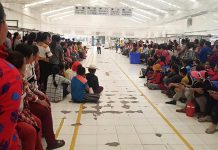 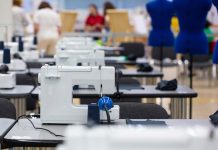 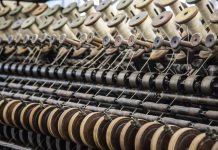