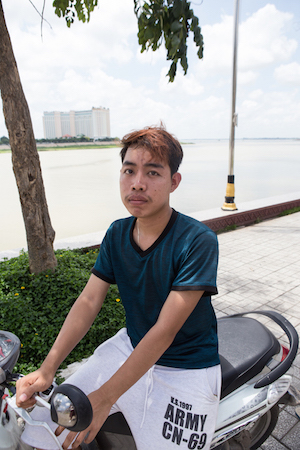 “I work six days a week. If we work overtime it is enough to survive. If they increase the minimum wage, the owner will demand that the workers work harder. Even though we would be tired, we would be very happy to be paid more, but the Labor Ministry demands that workers do not work overtime—they are concerned about the workers’ health.

A new leader might be involved in corruption, too, but just give them a chance—an opportunity to be prime minister—because new people can come up with new ideas.

It’s so boring with the old leader. It’s like actors: When they become old they become less popular.

I am going to vote in my hometown. I’m concerned about violence during the elections because I heard about what [Defense Minister] Tea Banh said about smashing teeth.

Previous articleOpinion: Hun Sen Has a Friend in Trump
Next articleBuoy Line Set Up in Sihanoukville to Protect Swimmers