Home News James Ricketson: If Arrested, Don’t Count on your Embassy for Help 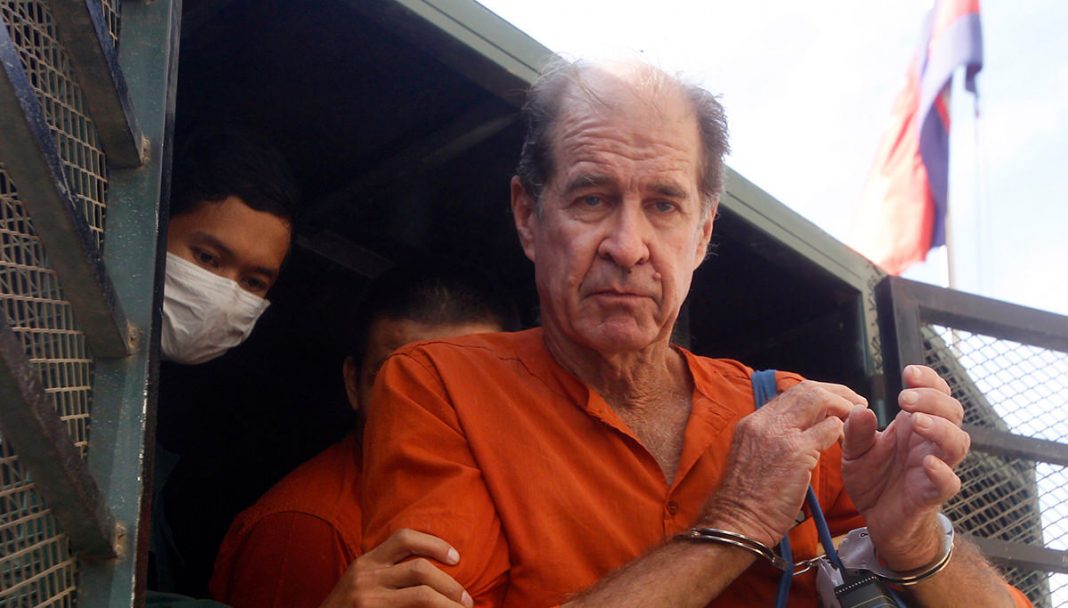 Australian filmmaker James Ricketson spent 15 months in Phnom Penh’s notorious Prey Sar prison on espionage charges. In the second installment of a four-part interview with The Cambodia Daily, Ricketson criticizes the Australian government for what he says was a lackluster effort to secure his freedom.

When you woke up after your first night in prison, what did you think the future held for you?

Well, at the outset I thought there’s obviously been a complete misunderstanding. I kind of knew why I was there, and it had nothing to do with flying a drone and had nothing to do with espionage. But I figured that because there was absolutely no evidence at all that I was a spy, the Australian embassy would get on to the people in the Cambodian government and say, “Hey, look, please, what are you doing arresting a 68-year-old filmmaker/journalist and charging him with espionage?” Because the Australian embassy knew very quickly, at least within three or four days, definitely within a month, that it was all nonsense. I was expecting things to be sorted out behind the scenes and that I’d be let go in such a way that nobody lost face. [But] as the months went on and on and on I realized that no, I wasn’t going to be helped by the Australian embassy. Then I got a couple of letters from the Australian embassy [in which the] subtext was, “we are not going to do anything to help you. It’s up to you to sort things out with the Cambodian legal system.” And so then I realized that I was in for a bit of a battle.

So why do you think the Australian government didn’t do anything to help you?

The Australian government doesn’t do anything to help any Australians in difficulty in jails anywhere in the world. And this applies to the English government, it applies to all of the embassies, basically. I met lots of other people from different parts of the world and there are very few embassies, very few governments, that actually do anything to help their citizens when they are incarcerated, regardless of how nonsensical or how absurd and how illegal that detention is. There are lots of those stories and that’s something that needs to change and that’s something that I’d like to, in my own small way, put some effort into changing. And there are ways that it can be done.

The argument is that the Australian government or the U.S. government or the French government or the Swedish government cannot interfere in the legal proceedings of a country. That’s not, strictly speaking, legal, according to certain conventions and treaties. But even if it were, there are ways in which governments can gently and diplomatically protect the interests of their citizens without intervening in [another country’s] internal legal affairs.

Why wouldn’t there be the will to help their own citizens? Is it because the risk of jeopardizing bilateral relations is taken more seriously than the need to protect an individual’s rights?

I think that’s the key. Let’s just use myself as an example: Australia was involved in a very controversial refugee resettlement plan with Cambodia and did not want to risk the bilateral relationship between Cambodia and Australia to defend a citizen. And I think that’s basically wrong. I think that protecting that human and legal rights of a citizen should take precedence over a deal of that nature. But this is world-wide. The Australian government is not alone in this.

There’s a little guide the [Australian government] puts out called the Consular Services Charter which tells you what your rights are as an Australian citizen.  And they say, the exact wording is, “We may be able to help you see to it that you are treated fairly under the laws of the country in which you’ve been arrested.” But they don’t do that at all. What they really should say, if they are going to be honest—and I think this applies to all them—they should say, “If you get arrested in a foreign country, there is nothing that we can do to help you.” And I think that the general public needs to understand that, because what happens is that there’s an article in the newspaper—of which there are many in relation to me—that says that James Ricketson is receiving consular assistance. But all that means is that they are delivering mail, that they are coming to you every three months to give you some back issues of the Phnom Penh Post or the Cambodia Daily. That’s all. They will not do anything other than that. It’s good to know because I think some of the people I met in jail are there [for] the most spurious of reasons. They happened to be in the back of a Tuk-Tuk at a time that somebody else in the Tuk-Tuk happened to have a joint in their pocket and they find themselves doing six months’ of pre-trial detention in Prey Sar accused of trafficking. So anyone’s backpacking son or daughter who’s in Cambodia just to have some fun can find themselves in the situation that I was in. And once you’re in that system, it’s very, very difficult to get out.

By
Jurist
-
February 25, 2021
0
As of the second week of February 2021, there have been a total of 466 COVID-19 cases registered in Cambodia, 443 recoveries and 0 deaths. Cambodia is managing the COVID-19 pandemic well in comparison to global superpowers.

Two Arrested for Attempting to Traffic a Woman to China