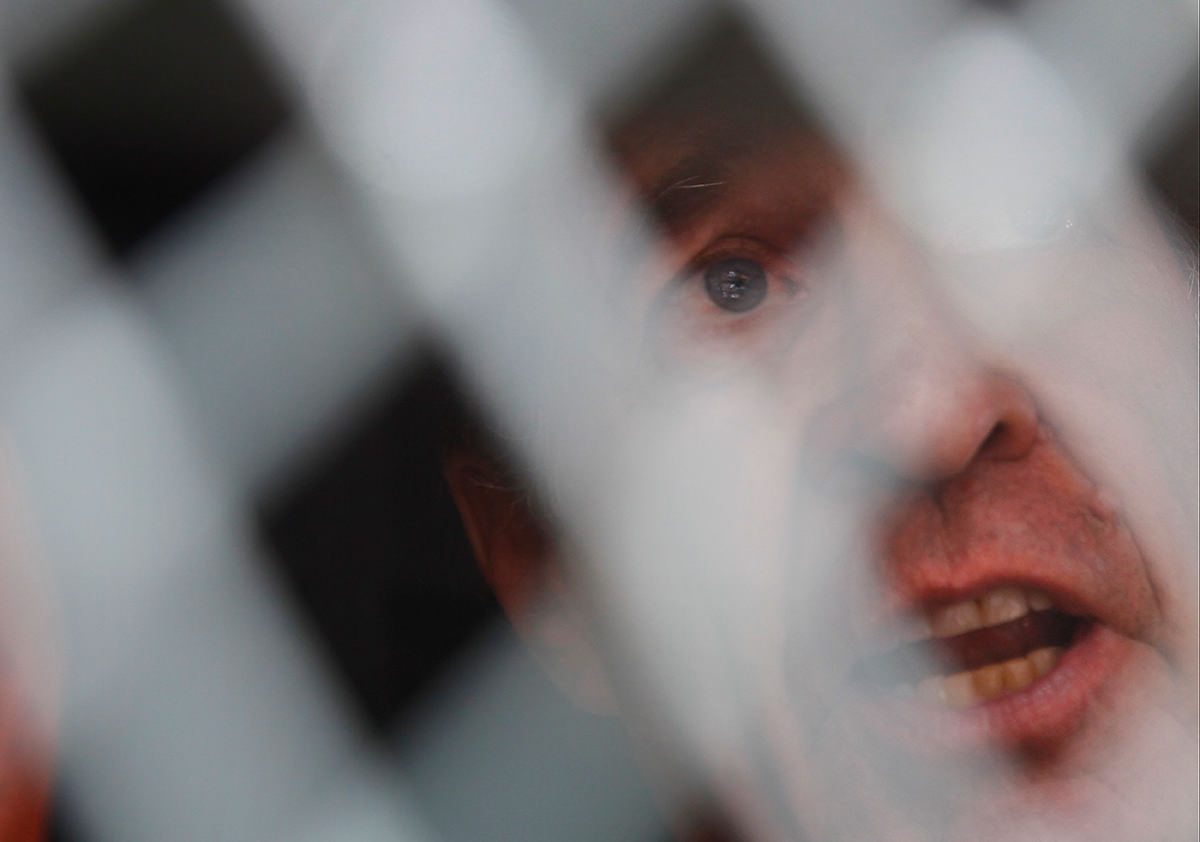 Australian filmmaker James Ricketson is back in Australia enjoying what he calls “15 minutes of fame” after his grueling 15 month stretch in Phnom Penh’s notorious Prey Sar prison. In the first of a four-part interview with The Cambodia Daily, he describes his first night behind bars and how his time in prison has re-shaped his view of Cambodia.

How were you treated by your fellow inmates?

Well, the first night that I arrived, that was the 9th of June 2017, I was put into a cell with 150+ people. A 10 meter by 10 meter cell. And when I walked in it was about 9 o’clock at night and everybody was in the process of going to sleep. And so the floor was covered in people. There was not one square inch of space on the floor. There were about 16 or 17 hammocks strung up above the people lying on the floor. I was told that the cell leader would allocate a space to me, and I looked around and I could see no space.

Eventually [the cell leader] came up to me and he said “This is your space.” And it was about 12 square inches. And I thought, “What am I supposed to do with this?” So I sat down in the 12 square inches. Somebody in front of me rolled over and there was a bit of space where I could put one of my legs and then somebody else shifted position so I was able to get another leg in there. But gradually over a period of about 15 to 20 minutes I was actually able to lie down in what was essentially a sardine can of human beings.

So I was surrounded by people, right up against people, very, very, squashed and I was lying on my back, thinking, “Well, I’m not going to get any sleep at all.” It was a very hot night,  I closed my eyes and after a couple of minutes I felt this breeze on my face and I opened my eyes and a prisoner, two over in the sardine can, had a piece of cardboard and was fanning my face to cool me down. And that was my first night, and it was the first of many instances in which I was treated with great kindness by other prisoners. And I treated other prisoners with great kindness, as well.

So I think that when everybody’s in the same boat, regardless of what crime they might be in for, you have the shared experience of being in a sardine can, in a hot sardine can, and having very little in the way of good food to eat, and having to live under very harsh conditions, and you form a bond of friendship. Probably not unlike the bonds that were formed when men who fought in the trenches during various different wars or between the people who are the victims of a Tsunami or an earthquake.

One of the wonderful things that I learned was that when the shit hits the fan…if people are in a very tight spot, they care for each other much more than when life is running smoothly, as it does for most of us living in the first world. There’s a much greater sense of caring and sharing amongst people that are at the bottom of the pile than there is among people who are living the privileged lives that you or I are living.

Did being in Prey Sar change any preconceived notions you had about the people that inhabit Cambodia’s prisons?

Well, I think that we all probably have preconceived notions of what a criminal is. If you read that somebody has murdered somebody or somebody has raped somebody or somebody has committed an armed robbery, you have a preconception of that person as being rough, tough, amoral, and nasty—not someone you would want to get to know. And yet some of the people that I met in jail who were in for murder, were in for rather heinous crimes, turned out to be gentle kind-hearted people who also happen to be criminals.

The same thing applied to the guards. I mean, I was treated very badly by some guards and then I got to know the guards quite well and became friends with the guards and I realized that the guards who earned between two hundred and fifty dollars a month and three hundred dollars a month are doing a job. They have to behave in the way that they behave otherwise they lose their job. When you actually get to know them personally, they’re not bad people, but they’re sometimes called upon to do bad things. And I think that applies to the judiciary. I think that applies to the whole country, to be honest. I think that by and large the Cambodian people are decent caring people but sometimes, because of the way in which the political system works, they need, in order to keep their jobs, to behave in ways that they would rather not behave in.

Despite your prison experience, you’ve said that you still love Cambodia. Why?

Well, because Cambodia is not the government. I love the Cambodian people. I’ve been travelling there for 22 years. I’ve got a lot of friends and I see what’s happened to me as being like a lover’s quarrel with Cambodia [which was] instituted by the government. [Similarly] I’m not very keen on the Australian Government at the moment [but] that doesn’t mean I don’t love Australia. There’s a difference between the government of a country and the people that live in it.

And also, having spent a lot of time in jail and having got to know a whole range of different Cambodians to the ones that I’m accustomed to, I met some really decent, lovely human beings who, through no fault of their own, very often, have found themselves in Prey Sar prison. And they are no less worthy of due legal process and respect than I am. So, if anything, my love for Cambodia has grown, not shrunk.

Previous articleFederica Mogherini holds bilateral meetings in the margins of the ASEM Summit
Next articleKicking it With a Champion: Uyghur Athlete Dominates World Kickboxing