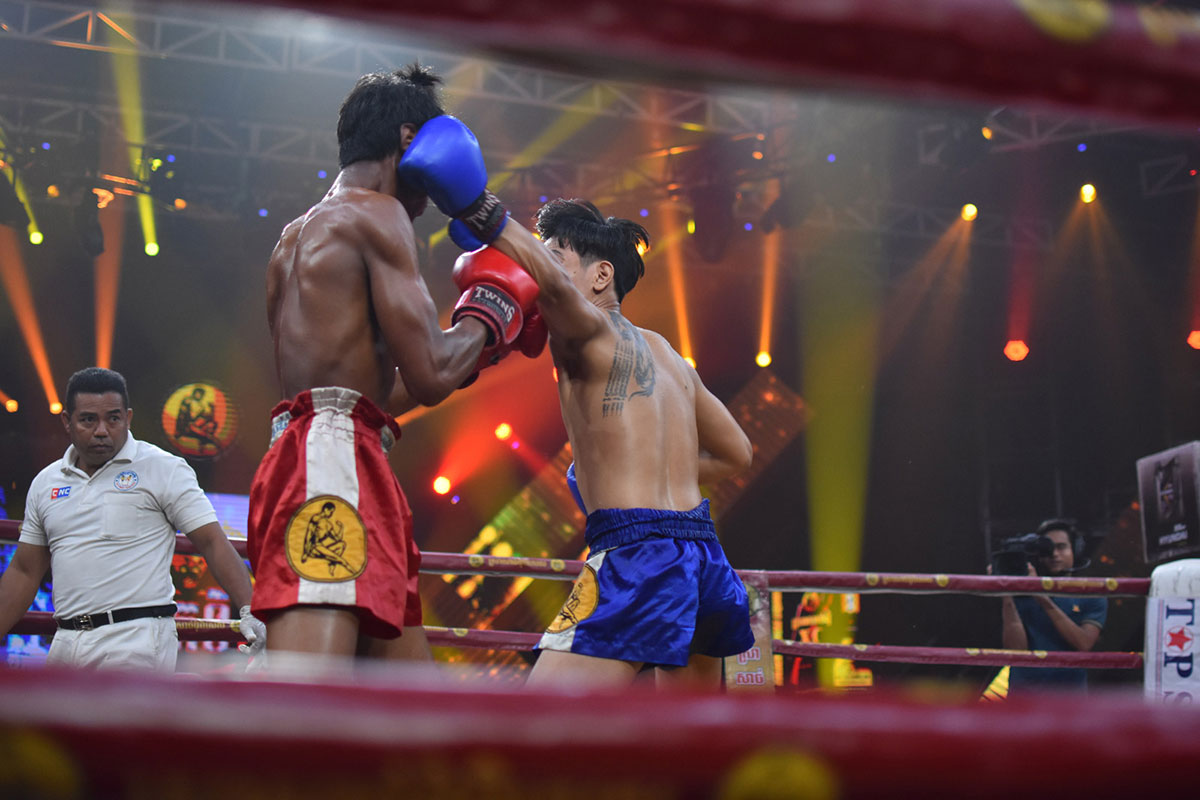 The career of a Kun Khmer fighter is marred by physical and mental obstacles. What motivates these men to put their bodies on the line?

Adrenaline fills the air as the crowd roars and a yellow spotlight illuminates two sweat-drenched men circling each other in the ring. There’s a calculating look in their eyes as they observe each other stoically.

The spectators do not have to wait long for the action to begin as the younger fighter throws the first punch. The second, bulkier man, distinguished by his thin forehead scar, blocks the punch effortlessly and charges at the younger man in blue shorts. The men clash, clinching, while the crowd bellows with every blow struck, egging the fighters on.

One of three weekly fights per week across Phnom Penh, Cambodians young and old gather at Cambodia Television Network (CTN) studios on a sticky humid Sunday afternoon to support their favourite Kun Khmer fighters. Also known as Pradal Serey, translating as ‘free fighting’ in Khmer, Kun Khmer is Cambodia’s traditional martial art and combat sport which centres itself on controlling and regulating violence, not indulging in it.