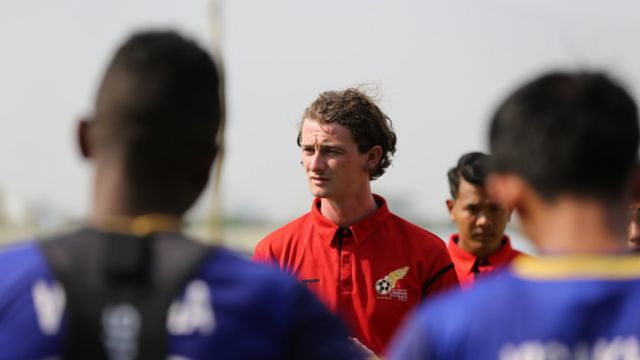 On the occasional morning Colum Curtis will travel to work on the back of a bike. He still prefers the backseat of a four-wheeled saloon, which offers the opportunity of getting work done, but that can be a rare luxury for those living and working in Phnom Penh.

With a member of the 30-year-old’s backroom team living nearby, it makes sense to hitch a lift with fellow Irishman Stephen Corner, the head of medical science at Visakha FC, as they navigate their way through the numerous busy intersections out of Cambodia’s largest city on a motorcycle. The club itself is located on the outskirts of the city, a place which was, not so long ago, the beating heart of the Khmer Rouge, a regime of such peerless notoriety it still pockmarks the city with dark, vivid memories.

But the country is pleasantly hospitable now, and the young head coach is immensely happy living within one of the busiest districts in the capital city, near Tuol Tom Poung Market, which is otherwise known as the Russian Market.