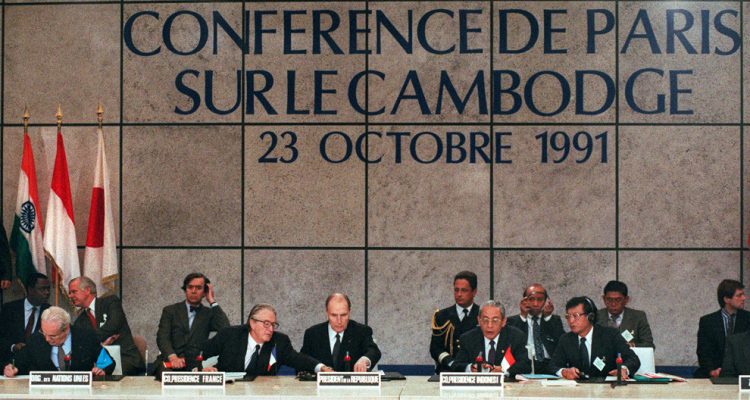 October 23 marks an important date in contemporary Cambodian politics. The collapse of the Soviet Union dried up its long-running military support for Vietnam’s military operations and without Soviet support, Vietnam had no choice but to completely and unconditionally withdraw from Cambodia.

As the last convoy left, the prospects for peace and national reconciliation were becoming real. Four conflicting parties – the State of Cambodia (SOC) led by Prime Minister Hun Sen, the Khmer People’s National Liberation Front (KPNLF) led by Son Sann, FUNCINPEC led by Prince Norodom Rannariddh and the Khmer Rouge led by Khieu Samphan – finally met in Paris and signed an agreement on a “Comprehensive Political Settlement of the Cambodia Conflict,” also known as the Paris Peace Agreement on October 23, 1991.