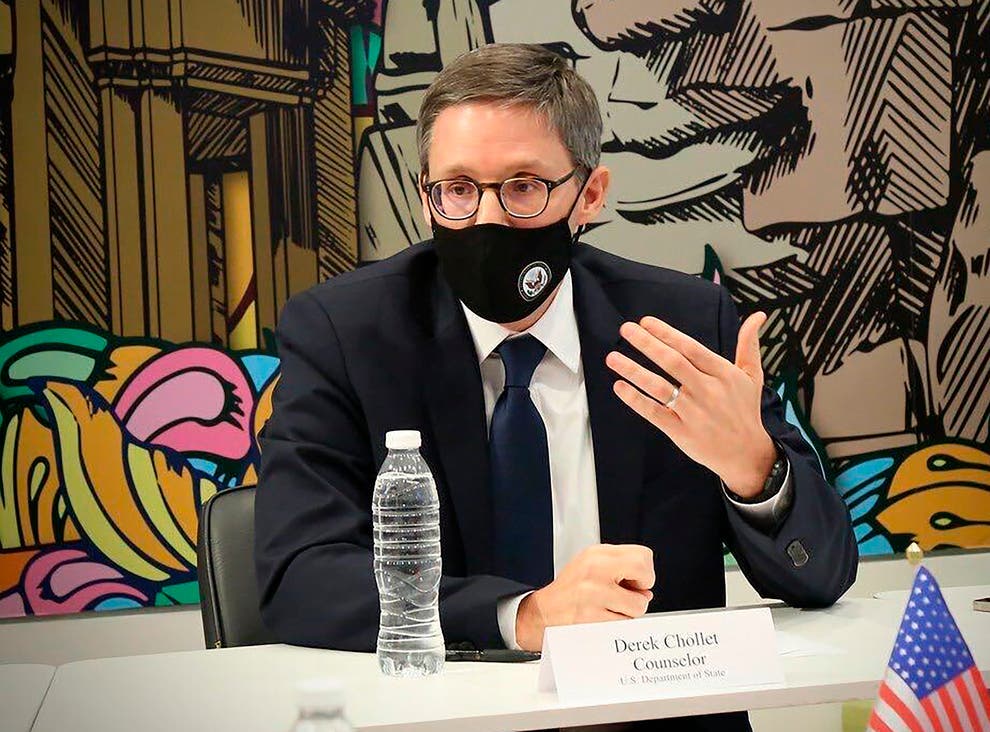 US envoy conveys concerns to Cambodia about Myanmar, China

A U.S. State Department envoy conveyed concerns to top Cambodian officials on Friday about bilateral and regional issues, including the crisis in Myanmar and the construction of Chinese military facilities at a Cambodian naval base.

Chollet told journalists his discussions with Cambodian Foreign Minister Prak Sokhonn involved issues related to Myanmar and China as well as the role Cambodia intends to play as the new chair of the Association of Southeast Asian Nations, whose efforts to mediate peace in Myanmar have fallen short.

Previous articleA culinary guide to Cambodia, from ancient recipes to street food
Next articleCambodian strongman Hun Sen to visit Myanmar for talks with junta in January

Cambodia not quite yet in a China debt trap