At least two senior officials from Cambodia’s now-dissolved opposition party who were barred from politics said they will seek a “pardon” to have their rights reinstated after King Norodom Sihamoni approved an amendment to the country’s law on political parties on Tuesday.

Kong Koam and his son, Kong Bora—former senior officials with the main opposition Cambodia National Rescue Party (CNRP)—said they will ask for individual “pardons” on Wednesday to resume political activities, according to a condition Prime Minister Hun Sen has said must be met before they can take advantage of the new amendment to overturn their ban.

“The reason I will request to be pardoned is because I can’t stay an outlaw,” Kong Bora told RFA’s Khmer Service, adding that he had never violated any law. His father could not be reached for comment. 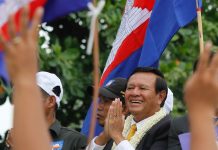 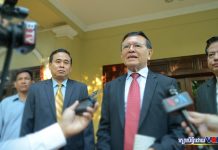 Cambodia’s only remaining opposition commune chief vows to carry on