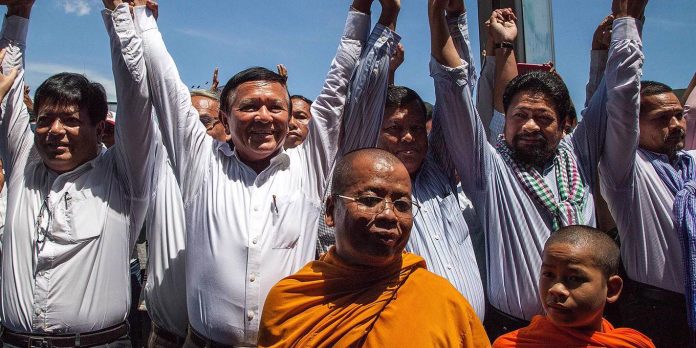 The Fall and Rise of Cambodia’s Opposition

Nearly seven decades after Cambodia gained independence from France, its people are still struggling for the right to determine their future. But today, it is not an outside power that is stealing Cambodians’ autonomy, but their own authoritarian government, led by Hun Sen, the world’s longest-serving prime minister. He must be stopped, and this month I will return to my home country to help make that happen.

Hun Sen, a former member of the Khmer Rouge – the group responsible for killing nearly a quarter of Cambodia’s seven million people between 1975 and 1979 – understands only one kind of governance: strongman rule founded on violence and intimidation. So for 34 years, he has been working to transform Cambodia’s democracy into a dictatorship, with the aim of handing over control to one of his sons.

To this end, Hun Sen has systematically dismantled opposition forces – in particular, the Cambodia National Rescue Party. As Cambodia’s first united democratic opposition party, the CNRP, which Kem Sokha and I founded in 2012, terrifies Hun Sen, because it is the only party capable of providing an alternative to his dictatorship.