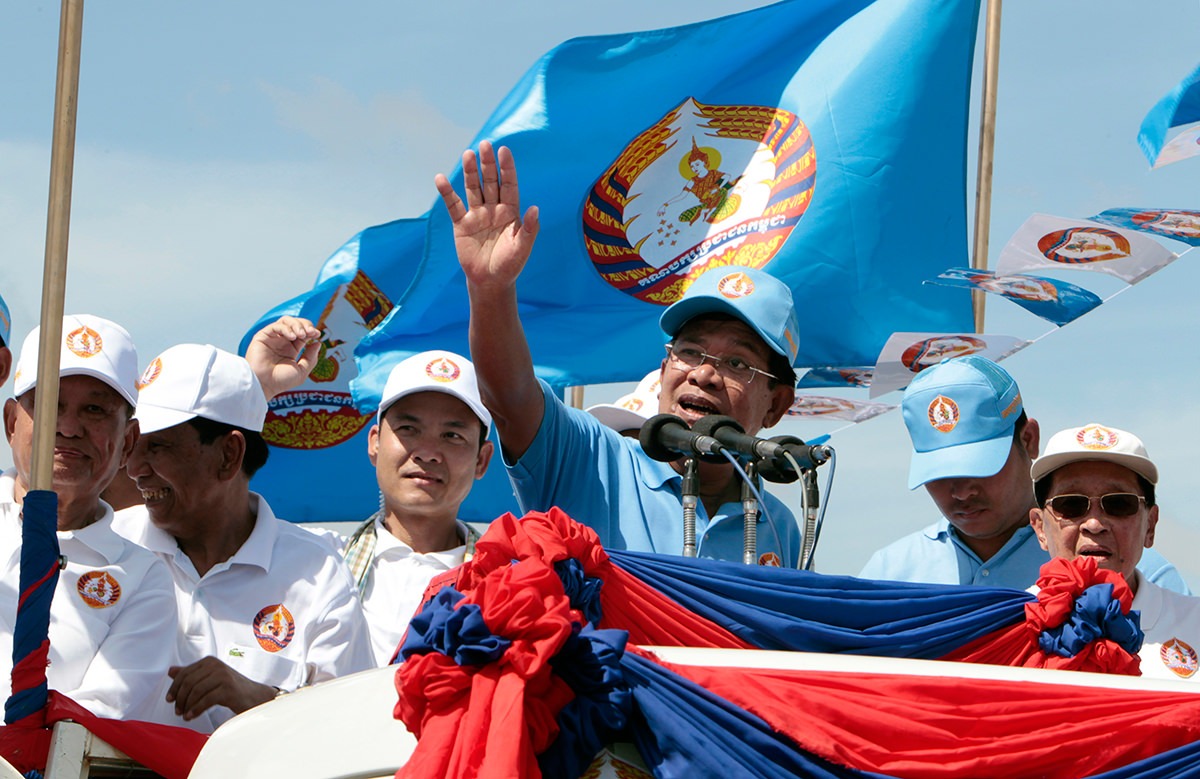 The CPP Central Committee Welcomes New Blood – but from Within

With his brother Hun Manith already on the committee’s Monitoring Committee, which has the power to discipline and even fire party members, Mr. Manet’s promotion strengthens the Hun family’s hold on power.

The three-day CPP convention—held behind closed doors and attended by 3,154 CPP members—was the committee’s first since the CPP won last July’s national election.

A CPP release issued at the conclusion of the convention referred to the July victory and expressed “profound respect and gratitude…for [people’s] overwhelming votes.” It also stressed the party’s determination to maintain “peace, security, political stability, social order [and] to prevent from happening controversial actions plotted by the oppositions and ill-will[ed] circles.”

With the CPP firmly in power, observers expected CPP members to turn to internal party business. A rumor circulating on social media had predicted that Interior Minister Sar Kheng, who at times has disagreed with the prime minister’s decisions, would lose his post. This was vehemently denied by Mr. Hun Sen. The rumor was proven wrong although observers believe that Mr. Kheng’s influence within the party may have been weakened through the choice of people assigned to positions of power.  For example, Chea Sophara, who is minister of Land Management and has proven his allegiance to the prime minister over the last few years, was also named to the Central Committee’s permanent commission.

Observers also expected that CPP members would turn toward the future and integrate more than ever younger generations into the party structure.  In fact, the party’s General Assembly of the Central Committee had voted last January to nearly double its size, adding 352 members to the Central Committee for a total of 865 persons.

For political analyst Meas Ny, this mainly meant that aging CPP members would bring in their own children asnepotism is deeply rooted within the party and government institutions.

“The mechanism to inject new blood—we have seen all officials at all levels put their children both in the party and in government positions,” Mr Meas said. “Sometimes ministers have promoted their children to be secretaries of state in their ministries…This is nepotism, familism and corruption, which become norm and culture.”

But as CPP spokesman Sok Eysan had stressed in 2016, nothing could be more natural than promoting one’s own. When the two sons of Anti-Corruption Unit Chairman Om Yentieng were appointed as assistants to the government’s graft-fighting body in April 2016, Mr. Eysan had told the press that “[i]t is normal…The CPP must appoint the youth of the CPP because we cannot appoint the youth of another party.”

Prime Minister Hun Sen has mentioned that he expects his children to succeed him when he steps down. Which, as he said in a speech on December 17, he does not plan to do for another 10 years.

In the meantime, his sons Hun Manet and Hun Manith now hold powerful positions within the CPP. In addition, HunManet is deputy commander of the Royal Cambodian Armed Forces and chief of the infantry’s army headquarters. Hun Manith heads the country’s military intelligence unit.