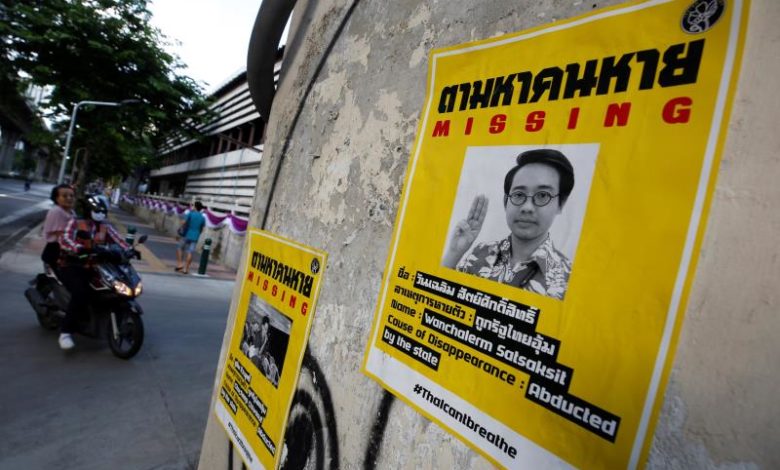 Outrage in Thailand after self-exiled dissident disappears in Cambodia

The disappearance of a Thai dissident living in self-exile in Cambodia after his reported violent abduction in broad daylight in Phnom Penh has sparked outrage in Thailand along with a wave of criticism against the government for its apparent indifference to the case.

Wanchalearm Satsakit, 37, who fled to Cambodia after the 2014 coup, was last seen on June 4 in CCTV footage that shows a group of unknown armed men shoving him into a black vehicle in the center of the Cambodian capital while he was talking on the phone to his sister.

The last words that Wanchalearm’s sister heard him say before his disappearance were the same ones that became a global protest symbol after being uttered by African-American man George Floyd as a police officer fatally knelt on his neck in the city of Minneapolis: “I can’t breathe.”