Cambodia’s foreign policy has seen remarkable improvements after 1993 when the country held its UN-organized national election. The Cambodian government’s efforts to integrate Cambodia into the region and the world have resulted in Cambodia’s membership in the Association of Southeast Asian Nations (ASEAN) in 1999 and the World Trade Organization (WTO) in 2004. The Kingdom has overall had good relations with its neighbors and other countries in Southeast Asia and beyond.

However, as a small state Cambodia has limited strategic space to maneuver and its foreign policy dynamics face considerable challenges. The country is seen to lean toward China, its closest ally and its largest economic and military benefactor, at the expense of good relations with other countries. Cambodia’s close embrace of China has become more evident since 2012. From blocking ASEAN joint statements to supporting Beijing’s One China policy, Cambodia continues to demonstrate its willingness to embrace China. In turn, China has reciprocated through increasing “no strings attached” aid and loans to Cambodia. 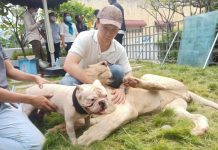 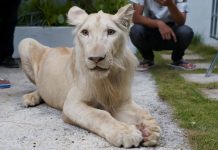 Uncertainty and Pressure: Cambodia Under the Weight of Sanctions