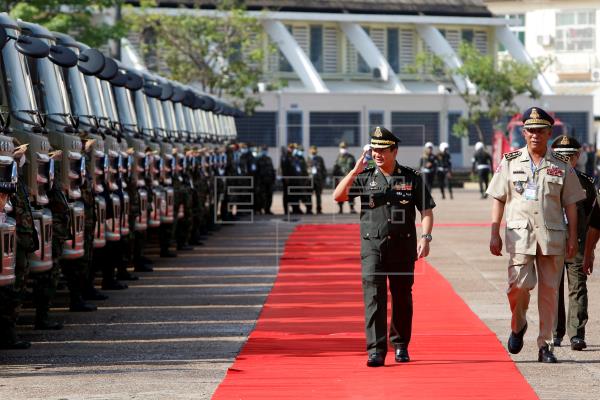 Hun Sen prepares son for hand-down of power in Cambodia

Authoritarian Cambodian Prime Minister Hun Sen has governed the country for 35 years, and although expecting to hold office for at least another decade, the leader has begun to position his eldest son, Hun Manet, as a possible successor.

Hun Manet, a 42-year-old three-star general and deputy commander-in-chief of the Royal Cambodian Armed Forces, is often seen at official events and this week he participated in a tour of three provinces where he presided over numerous ceremonies of the military, an indispensable ally on the path to power.

The prime minister’s son, who is beginning to stand out in pro-government media, was also appointed in early June as head of the youth wing of the ruling Cambodian People’s Party (CPP), a position that reserves him a spot among the 37 members of the permanent committee, a key body in the decision-making of the country.