Cambodia’s Prime Minister Hun Sen returned from a weekend summit in Beijing on Chinese President Xi Jinping’s sweeping Belt and Road Initiative (BRI) laden with deals he believes will offset the impact of impending trade sanctions from the West over his regime’s rollbacks on democracy.

China held its second Belt and Road Forum for International Cooperation from April 25-27 to outline the implementation of the BRI, which aims to strengthen infrastructure, trade, and investment links between the Asian superpower and 154 countries and international organizations.

Hun Sen had joined nearly 40 other heads of state and 150 global representatives at the weekend forum, where he congratulated Xi in a speech that praised the BRI, saying it had created 20,000 jobs for Cambodians and is expected to generate another 80,000 in coming years. 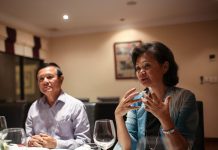 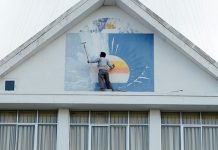 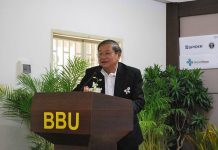 By
VOD English
-
January 28, 2020
0
Cambodian university students say they’re worried about contracting a new respiratory virus while studying in China where about 2,000 cases of the illness have been reported and more than 50 people have died.