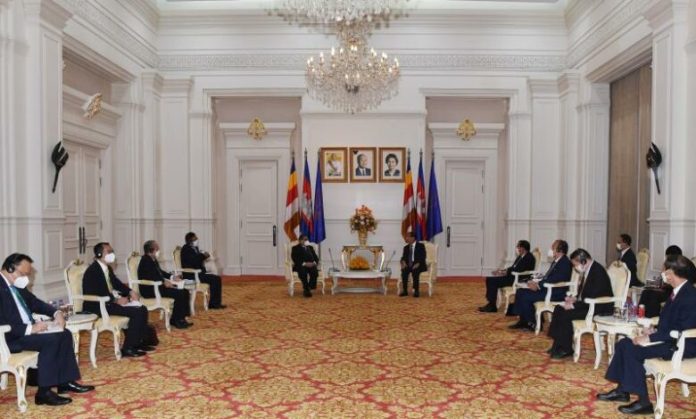 Cambodian Prime Minister Hun Sen Tuesday said he would travel to Myanmar next month, becoming the first foreign head of state to visit the country since the army coup earlier this year and marking the first diplomatic win for the beleaguered military dictators.

Hun Sen confirmed the trip on his Facebook page after a meeting in Phnom Penh with Myanmar Foreign Minister Wunna Maung Lwin, who conveyed a formal invitation from the head of the military junta, Min Aung Hlaing.

The meeting and the announcement of the visit came a day after a Myanmar court sentenced ousted leader Aung San Suu Kyi to four years in prison, drawing strong condemnation from the international community.