Cambodia on Thursday dismissed as “politically motivated” sanctions imposed by the United States on two senior defense officials over allegations of graft, accompanied by a broader warning of systemic corruption in the Southeast Asian nation.

Government spokesman Phay Siphan said Cambodia had not been told in advance about the sanctions, which are related to construction financing at the Ream Naval Base — a project that has raised U.S. concerns over China’s involvement. He said Cambodia did not intend to respond to Washington.

“The sanctions imposed by the U.S. government were made unilaterally and their decision was not based on the rule of law — it is an injustice for Cambodia,” he told The Associated Press. 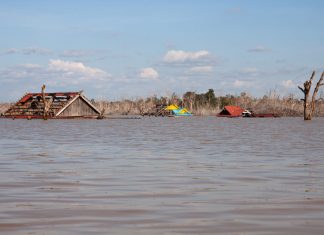