Nearly two years ago, W. Patrick Murphy, seated in the U.S. ambassador’s residence in Phnom Penh, addressed reporters and expressed serious concern over a widespread crackdown initiated by the Cambodian government against the political opposition, civil society and independent media.

“When we had said that we had a concern, we also said that we would be required to take measures if there were further backtracking of democracy,” Murphy said in December 2017, then serving as U.S. Deputy Assistant Secretary of State, in charge of Southeast Asia.

In several weeks, Murphy will be at the center of diplomatic work by the U.S. to curb that “backtracking of democracy,” this time in his capacity as the top U.S. diplomat in Cambodia. On August 1, after a nearly one-year delay, W. Patrick Murphy was approved by the U.S. Senate to take over as U.S. ambassador from William A. Heidt, who left the position in late 2018. 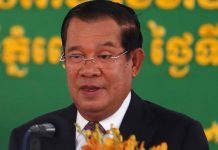 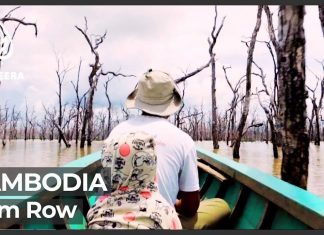 Cambodia dam row: Villagers say they are struggling to survive

By
Al Jazeera
-
September 20, 2021
0
Villagers in Cambodia are struggling to survive years after being displaced by the construction of the country’s largest dam.

SA man jailed for abusing girls on his trips to South-East...

Cambodia begins Covid-19 jabs for kids as young as six

Saint-Etienne soon under the Cambodian flag?

Cambodia dam row: Villagers say they are struggling to survive

SA man jailed for abusing girls on his trips to South-East...

Refugee Returns To Nebraska And Shares Her Success Story

For Cambodian Factory Worker, Voting And Politics Are Secondary to Daily...