Cambodia’s escalating post-election and labor tensions have so far led to two tragic shooting deaths and numerous injuries. Peaceful protests have escalated into rock-throwing and scuffling with police who suppress demonstrations with tear gas, water cannons, batons, rubber bullets and even live ammunition. While excessive use of force and firearms by police must be condemned, demonstrators must learn three compelling reasons for remaining peaceful even in the face of provocation.

First, nonviolence ensures that demonstrators retain the moral high ground. Pushing, shoving, using sticks and hurling stones will all harm a movement’s credibility. A photograph of even one angry, rock-throwing youth or monk displayed over and over again on the news and Internet reduces the moral authority of even the noblest of causes.

Second, only peaceful assembly is protected by international human rights law—not violent clashes or riots. Authorities have the responsibility to use lawful means to protect the public and ensure order. Assaults against police and willful damage to property are crimes rightly subject to prosecution.

Third, recent research shows nonviolent campaigns are more effective than armed resistance. Researchers Erica Chenoweth and Maria Stephan studied all known violent and nonviolent civil resistance movements around the world from 1906 to 2006. They were surprised to learn that nonviolent resistance campaigns achieved their goals more than twice as often as violent insurgencies.

Why is nonviolent civil resistance so effective? Chenoweth and Stephan’s research shows popular participation in nonviolent campaigns is four times larger than in most violent insurgencies. While attending demonstrations and making public statements can be dangerous, especially in authoritarian regimes, well-organized nonviolent campaigns often include less risky tactics such as boycotts, stay-at-home protests and go-slow campaigns. People of all ages and abilities can participate. The moral risks of nonviolence are lower, too. Nonviolent movements do not ask participants to harm anyone.

Nonviolent campaigns are likely to attract support. When police violate international human rights by suppressing peaceful protests, a nonviolent sit-down by protestors is more effective than shoving through barricades. Police wrongdoing is more obvious when tear gas, water cannons or batons are used against peaceful sit-down demonstrators. When publicized on the news or in social media, police abuse of completely peaceful protestors generates local and international outrage and increases support for the movement.

Abusive crackdowns may even sometimes lead police to sympathize with the civil resistance movement. A modest example occurred in Phnom Penh in September. An anonymous officer involved in expulsion of a peaceful hunger strike at Wat Phnom was quoted as saying the hunger strike “was not bothering anyone. I’m a military police officer, and I do not like this.”

Leaders face challenges in training “rank and file” demonstrators to resist the strong impulse to retaliate against unjust provocation. However, the biggest obstacle to nonviolence is persistence of the false belief that armed resistance is more powerful than nonviolence. Civil resistance leaders need to be convinced by numerous examples on all continents over the past century defy Mao Zedong’s maxim that “power flows from the barrel of a gun.”

Neither violent nor nonviolent resistance campaigns are risk free, nor do they come with guarantees. Yet adherence to nonviolent methods will double the chance of reaching campaign goals.

Catherine Morris has written about or taught conflict studies and international human rights at universities and other settings around the world. 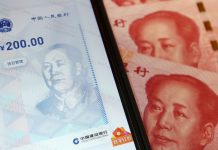 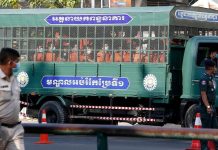