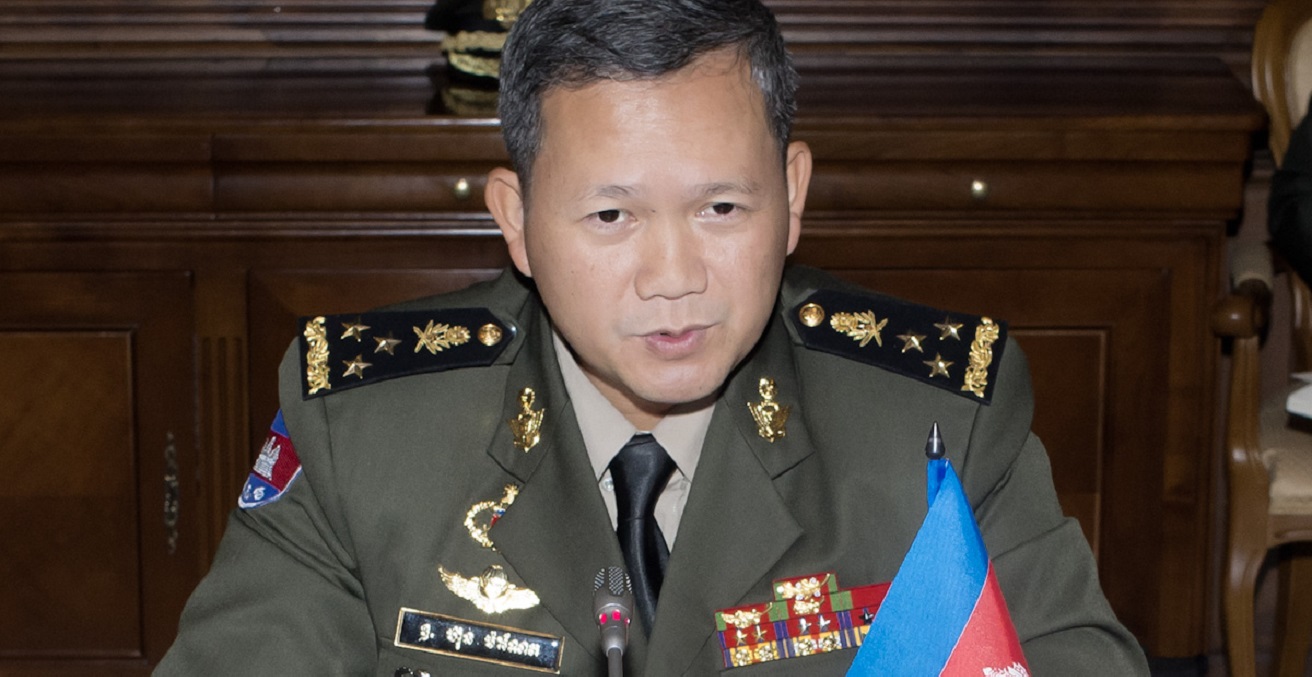 Hun Manet looks set to become heir apparent to Cambodian Prime Minister Hun Sen. With Cambodia’s democratic future hanging in the balance, many questions arise about the future of the prime ministership.

Prime Minister Hun Sen has three sons, all of whom hold high-profile positions in the military or government. Lieutenant General Hun Manet is the deputy commander-in-chief of the Royal Cambodian Armed Forces; Hun Manet is the head of the Defense Ministry’s intelligence directorate; and Hun Many, Hun Sen’s youngest son, is a member of parliament. However, among them, Hun Manet appears to be the heir apparent.

On June 22, Hun Sen revealed in a speech that aired live on television and Facebook that he has been grooming his eldest son, Hun Manet, for the country’s highest political office. His statement tempered recent speculation that he has been preparing for a dynastic handover of power to one of his sons.

Hun Sen has recently stressed that it is not wrong for him, as a father, to train his own son for the leadership skills and the political strategies Hun Manet will need to succeed him as prime minister. Now, it is becoming clear that mentoring and grooming Hun Manet for leadership may be part of a long-term plan for Hun Sen’s exit strategy from Cambodian politics.