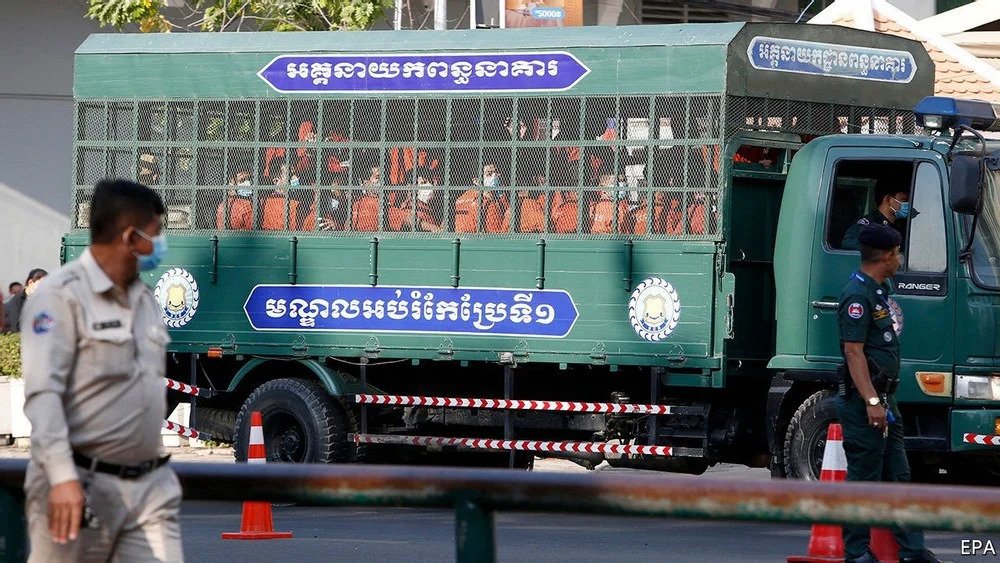 But one lucky critic seems to be getting gentler treatment.

It is difficult for anyone to argue that Sam Rainsy, Cambodia’s leading opposition figure, is not guilty of the crimes for which he was sentenced on March 1st to 25 years in prison. That is because the charges were so nebulous as to encompass almost everything an opposition politician does. He was accused of attacking the country’s institutions, and encouraging others to do the same.

It is even harder for Mr Sam Rainsy to defend himself in person, since the government will not let him into the country. The prime minister, he explains, has threatened to shoot down any plane bringing him home from exile in France, “meaning I was not welcome”.

At the same trial, the municipal court in Phnom Penh, the capital, sentenced eight other senior members of the banned Cambodian National Rescue Party (CNRP), all of whom were absent, to between 20 and 22 years’ imprisonment. Some 150 lower-ranking members of the party are still on trial. To make the mass hearings more manageable, the defendants have been clumped into three different groups, of roughly 20, 60 and 70. Nobody is quite sure of the exact numbers. Chak Sopheap of the Cambodian Centre for Human Rights, a pressure group, calls it the “political instrumentalisation of the justice system”. Another observer describes it as “rule by law” rather than “rule of law”.