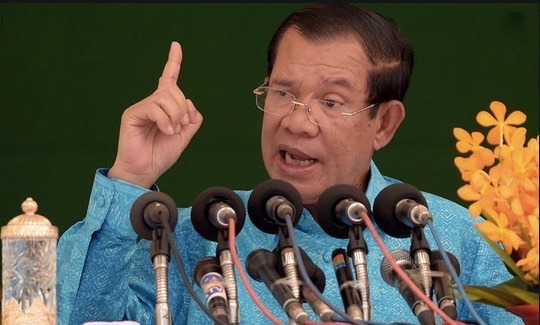 Earlier this month, following a report on an investigation, the EU threatened to pull trade preferences for Cambodia because it was “concerned about the human rights situation there [Cambodia]”. The government has yet to officially respond, despite the one-month time limit imposed in the report. Of note, the EU receives a third of Cambodia’s exports.

This past week, Cambodian Prime Minister Hun Sen approved the release of 70 leaders of the opposition party, the Cambodia National Rescue Party, and relaxed conditions of house arrest for past party leaders. Why? Because members of the party did not return to the country to stage protests, as had been expected. Given the history of the party, though, this policy shift must not be taken lightly. The Cambodia National Rescue Party party was founded in 2012 when the Sam Rainsy party and Human Rights Party merged. The election was extremely close, but the victory went to Hun Sen.

In 2017, the Supreme Court of Cambodia ruled that the party had plotted to overthrow the Hun Sen regime before the next election could take place. Many party leaders were detained, while hundreds of members and supporters were called in for questioning. Human Rights groups then grew concerned that the government continued to investigate a political party that had actually been dissolved.