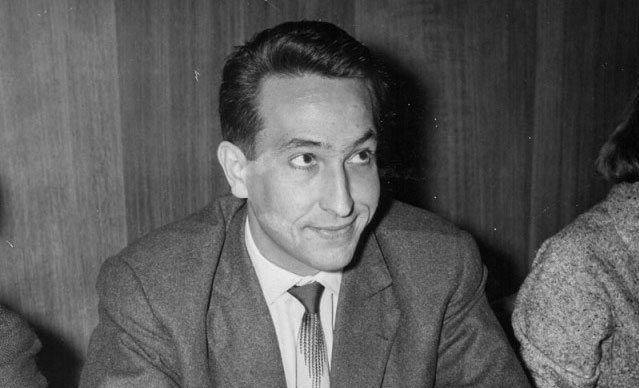 In early December 1945, 70 years ago this month, Jean Escoffier finally left the prison compound in Phnom Penh where he had spent months in captivity.

Along with all of the other French families living in Cambodia, the teenage Mr. Escoffier, his mother and his older sisters had been abruptly rounded up by Japanese soldiers on March 9 of that year and brought to a camp near Phnom Penh’s railway station, where they were kept in crowded quarters, with four to six families crammed inside houses meant for one.

There, under armed guard, they tried to reconstruct their old lives, organizing makeshift classes for children and forming work brigades to make sure they had essential services such as water and sanitation.

“It had nothing to do with German concentration camps,” Mr. Escoffier said in a recent interview. “Still, it was far from pleasant.”

What many French people did not realize at the time, or did not wish to realize, is that their internment was more than just a minor episode in the unfolding of World War II. It would mark the end of France’s colonial empire in Indochina. The Southeast Asian countries that had been under French rule since the 19th century would soon claim their independence—peacefully in the case of Cambodia and Laos, and through war in Vietnam.

This is why Mr. Escoffier chose “Le crepuscule des blancs” (“The Twilight of the Whites”) as the title for the novel he wrote based on his time in the Japanese internment camp. First published in France in 1959, it was recently reissued to mark the 70th anniversary of the end of World War II this year.

“They viewed this roundup as a pre-exile gathering, preparations to abandon everything they had done and loved in this land and in these people, although most of them had no attachment to the country and no special sympathy for its people,” he writes of some of the French detainees.

“They felt like evicted tenants already at the door.”

Japanese troops first deployed to Indochina when France’s Vichy government sided with Germany, Japan’s wartime ally, in 1940. Then, on March 9, 1945, two months before Germany’s surrender to the Allies in Europe, the Japanese government arrested all French people in Indochina.

“We have very little information as to what exactly happened,” said French researcher and Indochina expert Francois Dore. “On the night of March 8 to 9, 1945, there’s a Japanese coup—that is, the Japanese take over Indochina. They occupy all military bases, arrest all French staff and soldiers, putting them in jail.”

French soldiers tried to resist the Japanese assault, Mr. Dore said. In Cambodia, some died in combat in Kompong Cham province, while others managed to escape and take refuge in the jungle with help from local villagers. “If they survived, it was because of the Cambodians,” he said.

Families were interned in urban camps, while French officials and military officers were jailed and tortured. Among them was Mr. Escoffier’s father, who had been Cambodia’s paymaster in the French administration.

“He was interrogated rather violently, beaten, hit,” Mr. Escoffier said. He was released after three months in custody, but not everyone would be so lucky. George Groslier, the founder of Phnom Penh’s National Museum and what became the Royal University of Fine Arts, died under Japanese interrogation.

“As for the families—and there were many French families living in Indochina at the time—women, children, teenagers and old people were put in seven prisoners’ camps that would be called ‘perimeters,’” Mr. Dore said.

“Rather than camps outside towns, these were sections of cities that were fenced and where all civilians were brought in. They had to use the colonial villas in the compounds, whether in Hanoi, Saigon or Phnom Penh.”

In Phnom Penh, the internment camp covered an area of about 1 square km between the city’s train station and today’s French Embassy, Mr. Dore said. About 1,800 French civilians were brought in, while soldiers and officials were jailed elsewhere. Some French families based in Laos were also taken to the Phnom Penh camp.

Although the detainees had freedom of movement within the camp, this remained a prison compound, Mr. Dore emphasized. “Everyone was under close surveillance. One could not get out of the camp or flee,” he said.

In one incident described in “Le crepuscule des blancs,” 21-year-old Julien Wittler—the main character, whose father is French and mother is Vietnamese—is marched at gunpoint to the guardhouse by Japanese soldiers after he is caught walking too fast in the camp after curfew.

Japan formally surrendered to the Allies on September 2, 1945, and the end of forced Japanese incarceration soon followed. The detainees heard the news from six French paratroopers who jumped over Phnom Penh, Mr. Dore said.

“They landed, wondering what would happen, what they would find. Quite simple: Very friendly Japanese put them in a truck, brought them to the camp and handed over the keys of the place. They told them it now was their responsibility.”

The French, however, took months to leave the security of the camp, fearing that violence might arise in the absence of any government authority. In Saigon that month, shortly after the Japanese surrender, simmering racial tensions combined with a power vacuum led to an overnight massacre of dozens of French civilians.

In view of these events, the French in Phnom Penh preferred to stay put, as the Japanese forces could no longer assure their security in Cambodia, and no French or Cambodian security force was in charge, Mr. Dore said.

“Those French remained in the camp fearing an attack, action taken by Cambodians,” he said. “In fact, Cambodians were much more gentle people, more agreeable, more understanding than the Vietnamese. Maybe they also had suffered less from French colonization.”

French families gradually trickled out of the camp; the Escoffiers left in early December 1945 and briefly resumed their daily lives, with Mr. Escoffier returning to school at Lycee Preah Sisowath. Others stayed within its confines until as late as February 1946.

Later that year, Mr. Escoffier remembers being called with his classmates to hear an address by French General Jacques-Philippe Leclerc, who, during the war, had fought with the Free French troops against Nazi Germany and France’s Vichy government.

“Dressed as a paratrooper…he told us that the situation had changed in Indochina and that we could no longer behave as we had done in the past,” Mr. Escoffier said. “He was very clear about this.”

General Leclerc was in charge of the French military in the region. When he reported to the French government that the situation in Indochina was a political problem to be dealt with through negotiations and not military intervention, he was recalled to Paris. France soon went to war in Vietnam, triggering conflicts that would last decades.

As for Mr. Escoffier, he and his family left Cambodia in 1946, never to return. In France, he worked as a journalist covering politics and later became a politician.

All of the characters in his book are based on people who actually were in the Phnom Penh internment camp with him. The main character, Julien, was inspired by a French-Laotian friend, who, after being released from internment, also went to live in France in the 1940s. The two men would remain friends for the rest of their lives.

“He lived long enough to meet his great-granddaughter and great-grandson,” Mr. Escoffier said. “He passed away a few months ago.”

Unlike the author’s friend, though, Julien faces an uncertain future in “Le crepuscule des blancs.” Suspected of being involved in a clandestine Indochinese independence movement, he is tortured by the French soldiers who take over the internment camp after the fall of the Japanese and ultimately shot by a guard. At the end of the novel, he is lying in the camp’s hospital, contemplating joining the French army to fight in the war in Vietnam, as the clamor of evening traffic in a newly free Phnom Penh echoes outside.