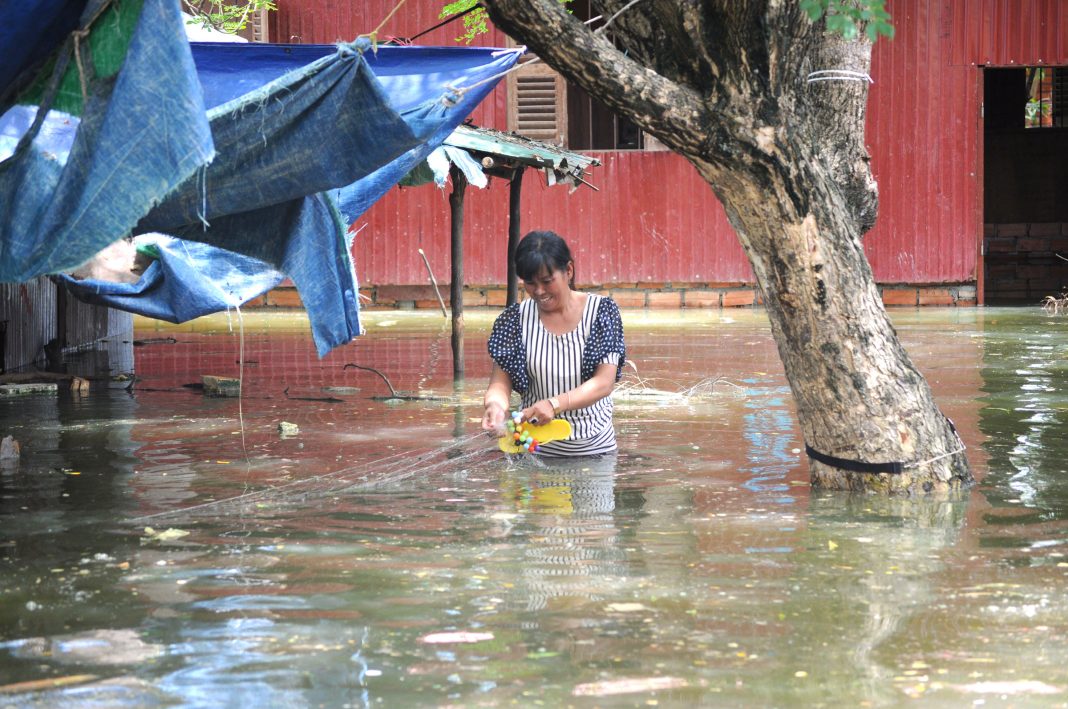 More than 120 families in Phnom Penh’s Dangkao district sent a letter on Monday to the district governor asking for his help in addressing the flooding problem that has seen some of their homes collapse and has forced many to seek temporary accommodation elsewhere, villagers said.

What used to be a pond tufted with morning glory is now a 10-hectare expanse of water that villagers say has been deliberately inundated by a government official who claims ownership over the land.

“Many of us moved to higher ground, while others rented some­where else temporarily. We have asked the district authorities to intervene immediately,” said 31-year-old Chea Thavy, a representative from Khva village, whose 220 families sent the letter to the provincial governor.

According to the villagers, a company belonging to an official has been dredging the pond to sell the sand leaving a 10-hectare lake in its wake.

The official “has asked to buy our land, but since the village has been flooded his employees have been pushing us to sell,” said Ms. Thavy, who is a teacher at the local school, where lessons have been disrupted as the building, like her own home, is inundated with floodwater.

Thirty-three-year-old Hak Choumreth, another villager whose home has been swamped, said that on Tuesday morning two representatives of the firm carrying out the dredging came to his home to persuade him to sell his land.

“They asked me how much I want but I said I couldn’t sell as I needed to discuss with my family and other villagers. Anyway, the price they offered was so cheap that I couldn’t do much with the money,” Mr. Choumreth said.

Sia Phearum, director of local NGO Housing Rights Task Force, said that villagers had already asked local officials to find a solution but some families have now had to accept meager compensation because the flooding destroyed their homes.

He also claimed that the official behind the project was flooding the area on purpose in order to gain ownership of the land.

“He can’t persuade them to sell, so he is forcing them by flooding the pond,” he said.

District governor Nuth Put Dara declined to comment Wednesday when asked about flooding in the area.

“We are working on this issue to help the villagers. The governor will get a water pump,” she said.