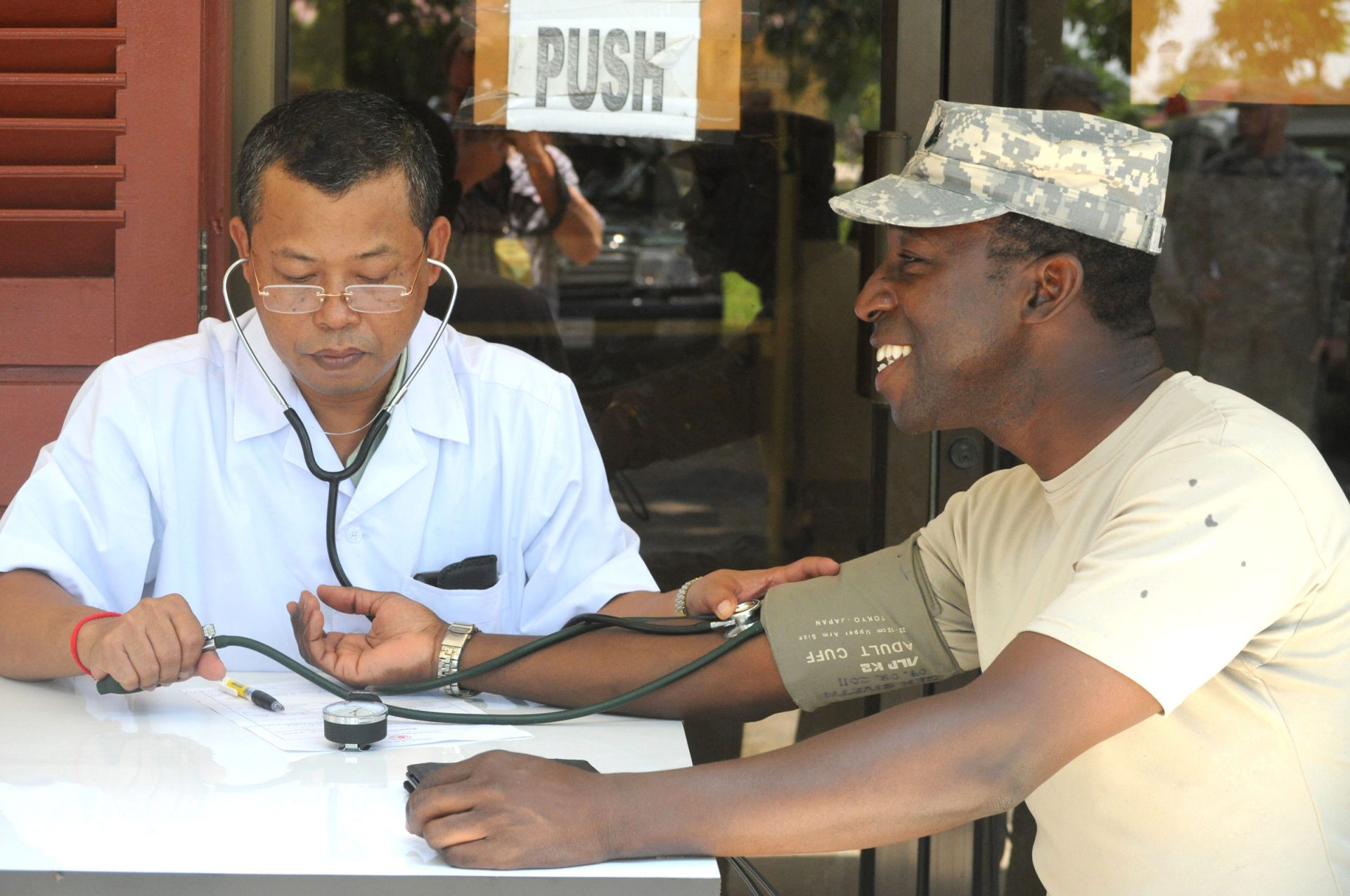 Held once a year, the Angkor Sentinel 2013 military exercise, will concentrate on training Cambodian forces in peacekeeping and humanitarian operations.

“[Cooperating with] exercises like Angkor Sentinel prepares us to address both traditional dilemmas such as flooding, and unconventional threats that cross borders,” said Jeff Daigle, deputy chief of mission at the U.S. Embassy, speaking at the opening ceremony.

As well as carrying out exercises in leadership and medical training, military officials said the two-week training would also concentrate on building relations between the two armies.

“I don’t know who the real winner is, the Cambodian military or the U.S.,” said Master Sergent Paul Evans, chief medical planner for the Pacific region, explaining that U.S. troops were not just there to teach.

While the U.S. troops have extensive experience in combat, the skills and experience RCAF peacekeeping troops have gained in South Sudan and Lebanon, among other places, means they have a lot to share with their U.S. counterparts, Sgt. Evans said.

“Especially the demining guys; those guys are incredible, and they do it with a smile,” he added.

The ceremony closed with about 150 U.S. and Cambodian soldiers donating blood to promote the National Blood Transfusion Center’s drive for blood donations. It acknowledged the medical treatment given to U.S. demining specialists injured in January in Kompong Chhnang province after an accidental explosion during a training exercise.