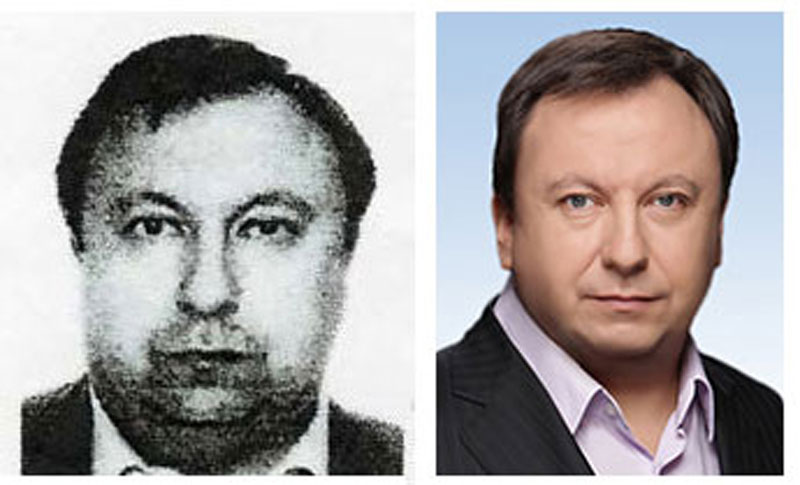 A Ukrainian member of parliament sought by Cambodian authorities over allegations of child-rape was removed from Interpol’s most-wanted list on Tuesday night because, according to Cambodia’s Interpol office, “the case involves politics in Ukraine and Russia.”

Interpol issued a Red Notice for Mykola Kniazhytsky, 46, on Monday for the alleged rape of a minor in Phnom Penh on September 9, 2011.

Contacted Tuesday, however, multiple Cambodian officials who regularly deal with child-sex crimes said they knew nothing about the case. On Wednesday, Lim Chheangleng, assistant head of Cambodia’s Interpol bureau, confirmed that the notice had been dropped.

“International Interpol already removed the Red Notice because this case involves politics in Ukraine and Russia,” Mr. Chheangleng said. “We know no more about the case because it belongs to the court.”

Mr. Chheangleng refused to share specifics about Mr. Kniazhytsky’s case, except to say that Cambodia’s Interpol office received an arrest warrant for the Ukranian from the Phnom Penh Municipal Court on March 10. Asked when the rape complaint was filed, he said: “You should ask the court.”

Judge Chhe Virak said only that he had completed his investigation and issued the arrest warrant.

“I am not able to give comment because I don’t have the documents in my hand,” he said.

Since the rape allegations surfaced Monday, Mr. Kniazhytsky has repeatedly said they were fabricated by Konstantin Kagalovsky, a Russian oligarch who once owned TVi, a Ukrainian television network where the parliamentarian previously served as chief executive.

Mr. Kniazhytsky claims Mr. Kagalovsky has close ties to Russian politicians and notes that Cambodian Foreign Affairs Minister Hor Namhong was in Moscow for a series of meetings with his Russian counterpart, Sergei Lavrov, from March 2 to 4, during which they discussed the creation of an extradition treaty between the two countries.

Contacted Wednesday, Koy Kuong, spokesman for the Foreign Affairs Ministry, said that Mr. Kniazhytsky had “absolutely not” been discussed at those meetings.

“Hor Namhong did not raise such issues during his visit to Russia,” he said.

In an email outlining the history between Mr. Kagalovsky and himself, Mr. Kniazhytsky says the Russian is a “major investor” in Cambodia and has “friendly connections with high officials” in the country.

No record of Mr. Kagalovsky having invested in Cambodia was available Wednesday. In 2006, he met with Prime Minister Hun Sen to discuss potential development opportunities.

Mr. Kniazhytsky also argues that he could not possibly have raped anyone in Cambodia on September 9, 2011, because he was hosting a live television talk, “Evening With Mykola Kniazhytsky,” the night before the alleged crime took place.

The Interfax-Ukraine news agency on Tuesday reported that the Interpol office in Kiev found “strange discrepancies” in the case against Mr. Kniazhytsky. Interpol’s head office in Lyon, France, did not respond to questions about why the Red Notice had been dropped.

Mr. Kniazhytsky’s case is just the most recent example of apparent abuse of the services of Interpol, whose website states that the global police agency does not deal with “activities of a political, military, religious or racial character.”

In a November 2013 article, The Economist magazine outlined a series of cases in which Interpol was manipulated in order to make contentious international arrests. The article states that “Russia seems particularly fond of the tactic.”

In an email last night, Mr. Kniazhytsky said the removal of his Interpol Red Notice reinforced his claim of innocence.

“The fact that this information disappeared from the site the next day after I sent a request to Interpol Ukraine only proves that it was [an attempt] to discredit me as head of [a] parliamentary committee,” he said.

“This is a very serious accusation for a politician and we will find out who initiated this case very soon hopefully.”

US joins protests over arrest of Cambodian labor leader

They Were Surrogates. Now They Must Raise the Children.