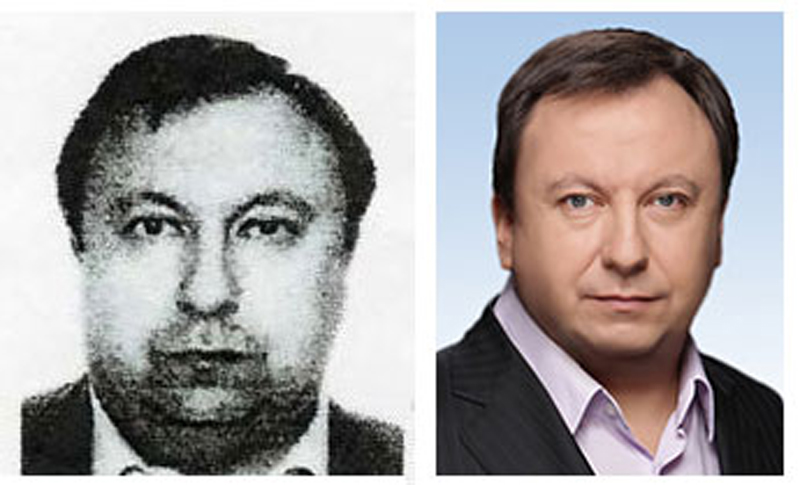 A Ukrainian member of parliament and former television executive is being sought by Cambodian authorities for allegedly raping a minor in Phnom Penh in 2011 and has been placed on Interpol’s list of most-wanted criminals.

Mykola Kniazhytsky, 46—who was elected to parliament as a member of the People’s Front party in November and previously served as CEO of Ukraine’s TVi channel—is “wanted by the judicial authorities of Cambodia for prosecution/to serve a sentence” on charges of rape, according to Interpol’s website.

The website does not say where or when the rape allegedly took place, and offers no other details about the case. Lim Sokha Raksmey, acting director of Cambodia’s Interpol office, could not be reached.

The English-language Kiev Post reported Monday that Mr. Kniazhytsky is accused of raping a minor in Phnom Penh on September 9, 2011, citing Ukraine’s Interpol bureau, but said he was added to the global police force’s wanted list just Monday.

Mr. Kniazhytsky could not be reached Monday, but his research assistant, Anastasia Melnyk, said she did not believe her boss was a child rapist.

“For me, that sounds completely not true because I’ve known him well for a little bit more than a year now. We met a little bit before the revolution,” she said by telephone from Kiev. “That sounds ridiculous for me.”

In an email last night, Mr. Kniazhytsky’s press office called the accusations against the lawmaker “defamatory and rigged.” The email says he could not possibly have raped a minor in Phnom Penh on September 9, 2011, because he hosted a television talk show, “Evening with Mykola Kniazhytsky,” on the night of September 8.

“The difference of time between Kyiv and Phnom [Penh] is 5 hours,” the email says. “Flight time from Kyiv to Phnom [Penh] – 12 hours. There is no direct flights between these cities. According to the Border Guard Service of Ukraine, MP Mykola Kniazhytsky was in Ukraine at the time when the alleged crime took place,” the email says.

“MP Mykola Knyazhytsky is convinced that these pressure is an attempt to discredit him by Moscow authorities and is organized by Russian special services because he initiated the ban of Russian propaganda television series, which reviled Ukraine and Ukrainians,” it continues.

“I will prove that the accusation is falsified,” he is quoted as saying.

“Kniazhytsky says that the accusation was adulterated by… Kagalovsky, who was an owner of Ukrainian TV channel TVi until an ownership dispute over the station in April 2013,” the article says. “Kagalovskiy has accused Kniazhytsky, then CEO of TVi, of orchestrating a takeover of the TV station.”

It says Mr. Kniazhytsky admitted to traveling to Cambodia once for two days, but that he did not specify when.

“I do not know anything about that, but I will check with Mr. Raksmey,” he said, referring to the head of Cambodia’s Interpol office.